Yesterday and this morning, the price managed to hold back from falling against the background of the mixed closing of the US stock indices and go over the trend line of the falling price channel. After the price settles above this area, then it is possible for it to rise to the previously determined target of 106.50, but so far there is no such consolidation, and the observed growth may just be a correction from the price fall on February 17-22. If this is a correction, then as the price moves back under the trend line (today’s opening price is 105.23), it could recover to the target level of 104.42. If, nevertheless, there is a reversal, then the price will take the second attempt to capture 106.50. 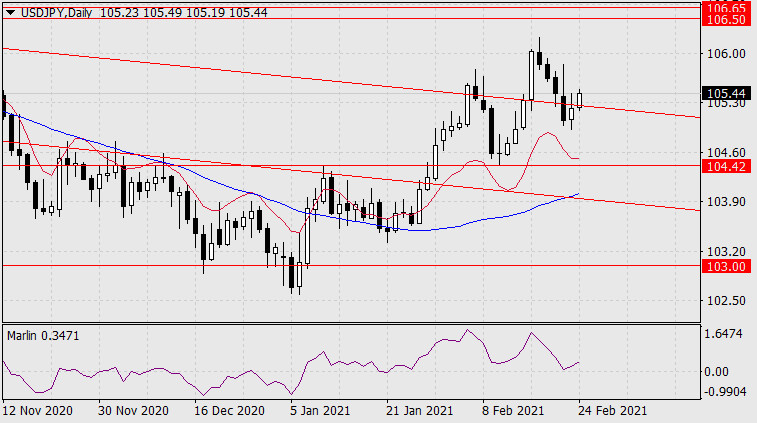 The price is in a downward trend on the four-hour chart, as it is below both indicator lines and the Marlin oscillator is in negative territory. The main thing that the price needs to do is to settle above the MACD line (105.52). We are waiting for the development of events. 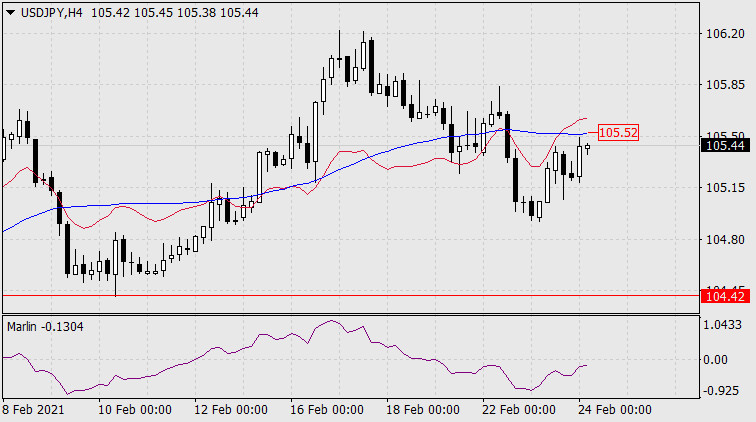