USDJPY made a low at 104.92 today just below the upward sloping support trend line we mentioned in our last analysis, but bulls stepped in and pushed price above the support once again. Price so far respects the key trend line support and as long as this is the case, we remain optimistic. If support fails to hold, then we expect USDJPY to fall towards 104. 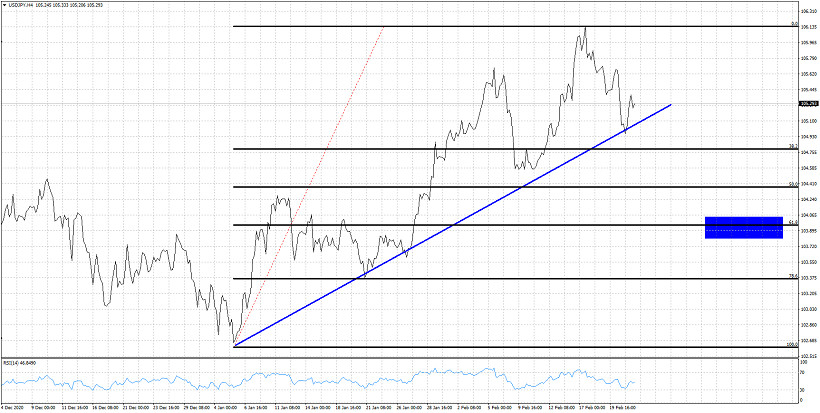 USDJPY continues making higher highs and higher lows. Trend remains bullish and as we explained in our last analysis, as long as price respects the trend line, the pull backs are seen as buying opportunities. If support is broken then we expect the blue rectangle to be reached as this will be the first target.