The euro reacted poorly to the rather pessimistic forecast of the European Commission regarding the growth of the EU economy this year. EUR/USD traders focused on other fundamental factors, thanks to which the price tested the resistance level of 1.2150 (the Kijun-sen line on D1). However, buyers failed to gain a foothold higher – market participants clearly lack a powerful information impulse.

In general, the fundamental background of the pair contributes to further price growth. The economic report of the European Commission has become a minor irritation that spoils the enjoyment. The essence of the document is that the euro zone economy will recover from the coronavirus crisis this year at a slower pace than previously expected. In dry numbers, the European economy was projected to accelerate by 4.2 percent in 2021 (and by three percent in 2022), according to the November forecast. But, according to the updated data, the economy of the European region will grow by only 3.8% (and by the same amount in 2022). At the same time, the results of the past year were revised to the upside: for example, if the economic downturn was predicted at -7.8% in November, at the moment, the European Commission economists “increased” this value to -6.8%. 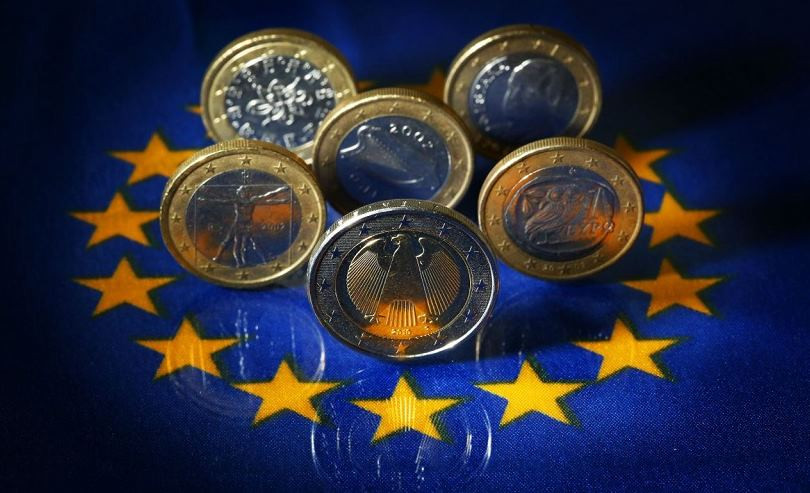 The main message of the forecast is that this year the financial world will see the light at the end of the tunnel, although the recovery process will be too slow and uneven – due to the ongoing pandemic and lockdowns. Actually, for this reason, the forecast was revised downwards. But here, analysts from the European Commission recognize that the pan-European vaccination campaign is gaining momentum, so the pressure on the health system will decrease over the course of the year. Consequently, the EU countries will ease restrictive quarantine measures, which will affect key macroeconomic indicators. Therefore, more or less steady growth in indicators will be seen in the second half of 2021, while in the first quarter the eurozone economy will contract again – as in the fourth quarter of last year.

This verdict of the European Commission was not a revelation for traders, as a similar scenario was voiced by representatives of many financial conglomerates and members of the European Central Bank. Therefore, the report did not exactly weigh on the euro. But at the same time, it also restrained EUR/USD bulls from being able to settle above the resistance level of 1.2150. The disappointing news from Germany kind of added to the European Commission’s report, whose authorities decided to extend the lockdown until March 7. This fact served as an eloquent confirmation that the European economy will recover at a leisurely pace.

However, the news from Germany was also expected, so it did not have much effect. Buyers of EUR/USD were forced to retreat, but only under the mark of 1.2150, while continuing to besiege this level of resistance. After all, on the other side of the scale is Italy, which, apparently, managed to avoid early parliamentary elections. The former head of the ECB, who has been trying to form a new cabinet since last Friday, seems to have fulfilled the task set by the Italian president. According to local media, 294 of the 315 senators and 597 of the 630 deputies of the lower house can vote for the “government of technocrats” led by Mario Draghi. By and large, the former head of the European Central Bank was supported by almost all political forces, with the exception of the Brothers of Italy party. Therefore, with a high degree of probability, we can assume that a new cabinet of ministers will appear in the country within the next few days. By the way, according to the same media, Brussels was very enthusiastic about the news that against the background of the coronavirus crisis, the Italian government will be headed by “anti-crisis manager” Mario Draghi.

Thus, despite the European Commission’s pessimistic forecast and disappointing news from Germany, the euro is on the defensive, especially against the background of the weak position of the US currency. The final resolution of the political crisis in Italy will allow buyers of EUR/USD to test the resistance level of 1.2150 again with an eye to reaching the 22nd figure.

The US dollar index, in turn, continues to slowly fall to the bottom of the 90th level. Against the background of an almost empty economic calendar, the greenback plays back the accumulated fundamental factors of a negative nature – weak Nonfarm, an inarticulate increase in US inflation, and a dovish speech by the head of the Federal Reserve. Today’s report on the US labor market only added to the fundamental picture: the growth rate of initial applications for unemployment benefits came out in the red zone (793,000 instead of the expected 750,000). This fact increased the pressure on the dollar, which is already under pressure from such circumstances. 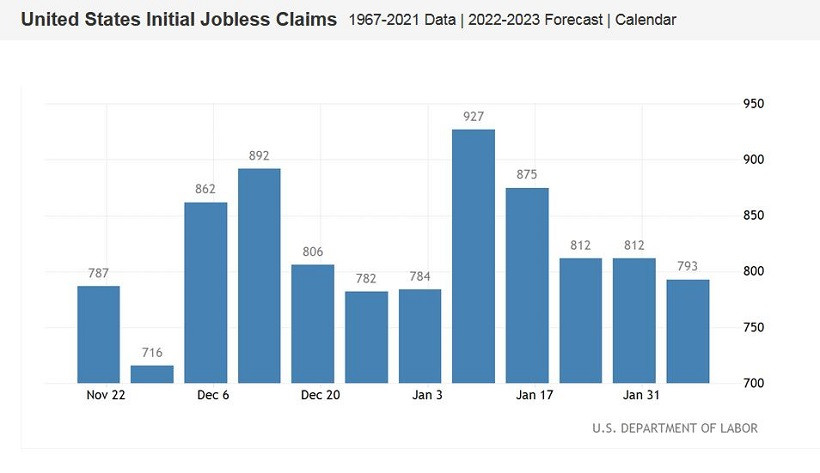 From a technical point of view, the growth scenario should also be prioritized – however, it is advisable to open longs when buyers have finally surpassed the Kijun-sen line at D1 (1.2150). Today, they attempted an assault, but quickly retreated back against the background of European Commission’s pessimistic forecasts. But, in my opinion, this is not the last attempt to attack– if the EUR/USD bulls gain a foothold above this target, they will open their way not only to the next resistance level of 1.2200 (the upper line of the Bollinger Bands on the daily chart), but also higher – to the 1.2240 mark, which coincides with the upper limit of the Kumo cloud on the same timeframe.