Negative reports on inflation and budget stopped the dollar from strengthening further. Consumer inflation rose 0.3% in January, 1.4% annual growth, while 1.5% growth was predicted, and the root value of inflation showed zero growth, which was a complete surprise. At the same time, tellingly, the yield on 5-year TIPS bonds remained unchanged at 2.31% during the day, that is, despite the negative report, the business environment does not adjust its inflation expectations. Such insistence may indicate that a weak inflation report will not be considered important enough by the market.

As for the budget report, the reality was noticeably worse than the forecast. The deficit was 144 billion in December, while it was predicted at 150 billion in January, when in reality it was 163 billion. The Congressional Budget Committee drew attention to the fact that the deficit growth in January was significantly higher than the deficit in the last three months, while no additional factors were observed that could ensure such growth. 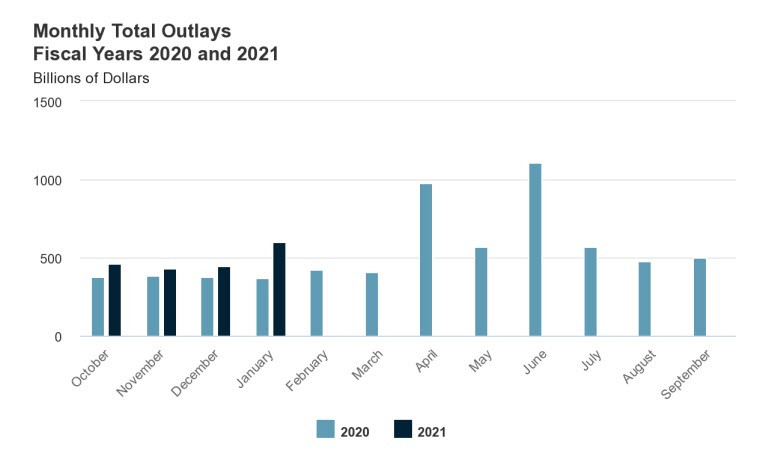 It would seem that such significant factors should have caused the reaction of the management of the Federal Reserve or the Ministry of Finance, but we did not hear anything interesting. Fed Chairman Jerome Powell used a large set of streamlined language in his speech, from which absolutely nothing followed. In addition, perhaps, to the recognition that real unemployment is closer to 10%, and not to 6.3%, which, in general, is no secret to anyone, and the statement of the obvious fact that “downside risks to the economy prevail”. In other words, Powell warned that the situation should be expected to worsen, and therefore the dollar began to drop even lower after the speech.

In general, the situation for the dollar has become more bearish in the short term, but it is unlikely to change in the long term. As soon as there is news from Congress on the new stimulus package, the US economy will suddenly become very attractive, and the dollar will be in demand. Accordingly, we are guided by the fact that the dollar has entered a growth phase, and minor troubles in the form of bad reports will be of a short-term nature.

The report on the Canadian labor market was worse than in the United States, but only at first glance. 213,000 jobs were lost, but this is the loss of part-time jobs, but there was an increase of 12,000 for full-time employment. The number of hours worked also increased, which directly indicates the likelihood of higher GDP growth rates.

This mixed report was the reason for the change in forecasts for the Bank of Canada rate, the probability of a first increase of 0.25% by the end of 2022 is already higher than a similar move by the Fed. The spread on 10-year bonds, which rose in March/April last year, has halved, meaning market expectations for the loonie are shifting in favor of strengthening it.

These changes are visible by the nature of the change in the estimated price. Unlike NZD and AUD, investors did not reduce, but instead they increased their long position on CAD, which reached 1.258 billion. The estimated price turned down and went below the long-term average, which gives reason to expect a continuation of the decline. 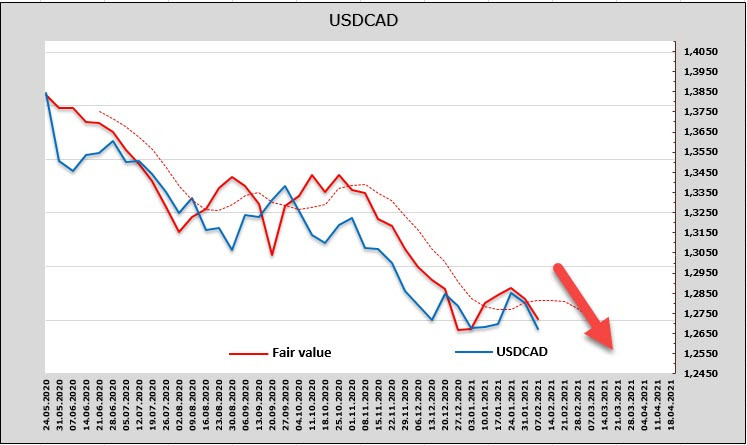 Thus, a return to 1.2590 became more likely. It is not yet certain whether the low will be updated or a double bottom will form, but we must proceed from the fact that investors are waiting for the Canadian dollar to strengthen.

The yen looks rather weak as it turns out that wages fell by 3.2% in December, which turned out to be significantly worse than forecasts and increases the pressure on inflation – traditionally the weakest point of the Japanese economy.

The first attempt to overcome the resistance at 105.20/40 turned out to be unsuccessful, the target price is rapidly going up, which gives reason to expect the growth to resume after a slight correction. 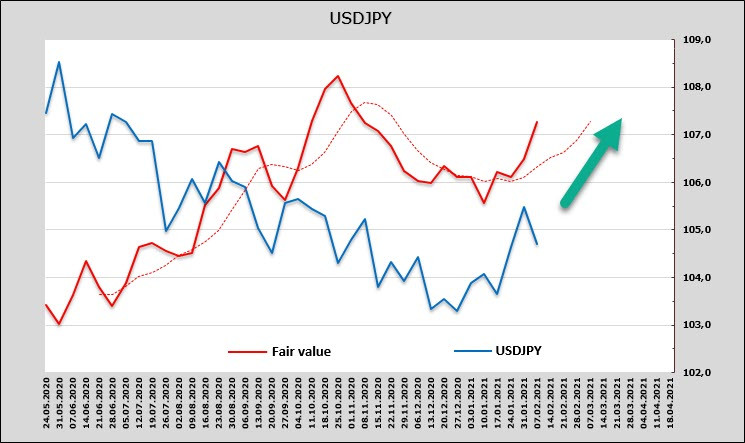