The euro continued to rise against its major currencies in the first half of the day and still managed to update its weekly high against the US dollar. Pressure on the US dollar returned after traders rethought yesterday’s speech by Federal Reserve Chairman Jerome Powell, in which he once again promised to keep rates low to further stimulate the economy and job growth.

Speaking at a virtual event of the Economic Club of New York, Fed Chairman Jerome Powell said that maintaining monetary policy at current low levels will be important for a return to a strong labor market in the near future. However, Powell also stressed that there is no way to be satisfied with what has already been achieved and more needs to be done, clearly hinting at the $ 1.9 trillion aid package that is currently being considered in the Senate. Powell believes that the American economy is facing problems in the labor market. “We are still a long way from a strong labor market, the stability of which has kept the economy growing at a high rate in past years,” Powell said in a speech on Wednesday. According to the latest data, in January of this year, employment was almost 10 million below the level of February 2020. 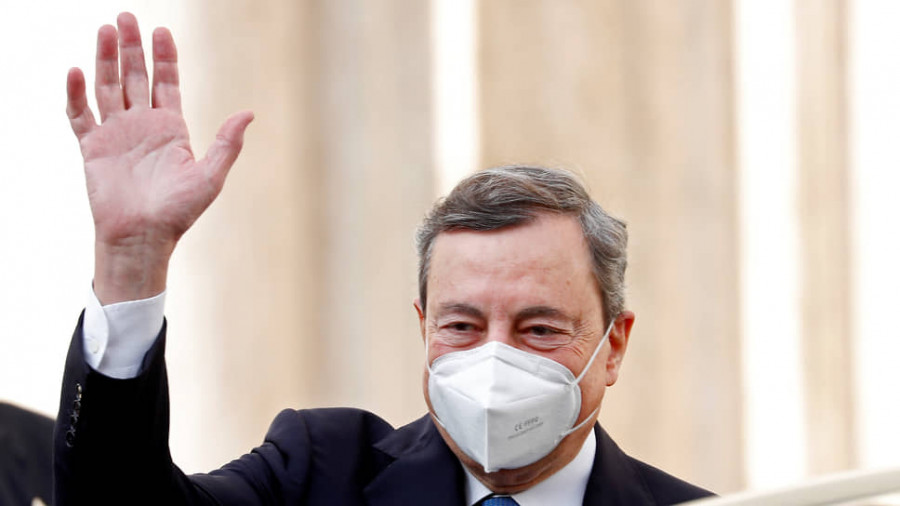 However, before looking at today’s European fundamentals, I would like to say a few words about Mario Draghi, who took less than a week to turn the entire political system of Italy upside down and strengthen the country’s position in the financial markets. This was largely due to the competent approach of the former president of the European Central Bank to his work. Of course, it is too early to talk about the results that Draghi will achieve, but the very fact of his presence in the political system of Italy makes many investors optimistic about the future of this country. The former head of the European Central Bank enjoys such authority that no politician would dare openly challenge him – at least not now.

Let me remind you that Draghi’s main task is to achieve a political consensus in Italy after another political crisis led to the resignation of the prime minister. Many investors expect that Mario Draghi will correctly manage the amount of 209 billion euros that he can receive from the European Stabilization Fund. The growth in Italian stocks and bonds, which has been observed since February 3, when Draghi’s role in the Italian political system became known, gives investors confidence that the new government will be formed as needed, which will allow them to achieve good results in the future. The difference between the yield of 10-year Italian government bonds and similar German debt, a key indicator of risk, has seriously decreased over the past week to the lowest level in the last five years. Knowing the Italian politicians who are used to huge expenses, it will be quite difficult for Mario Draghi to cope with the task. The former head of the ECB really understands that the problems of the Italian economy go far beyond the devastating impact of COVID-19. Even before the pandemic, the country was moving steadily towards a recession. Italy’s current spending, primarily on the fight against the coronavirus, is being held back only by the European Central Bank’s bond-buying program. Sooner or later, this support will end, and what happens then will depend on the actions of Mario Draghi today.

During his recent speech, Draghi said that his main priorities would be the fight against COVID, the resumption of the vaccination program in Italy, and the revision of the list of investments for which money will be allocated from the EU stabilization fund. 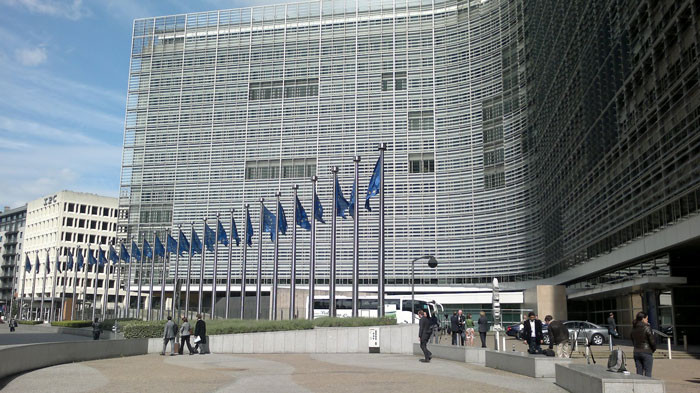 Today, a report from the European Commission was published, which did not put serious pressure on the euro, although the near-term prospects for the eurozone look rather weak. According to the EC, the eurozone’s GDP will grow by only 3.8% this year, contrary to the 4.2% previously forecast. The forecast for 2022 was, on the contrary, raised from 3% to 3.8%. The European Commission’s economists noted that this year’s strat was much weaker than many expected, but the lifting of quarantine measures after widespread vaccination among the population improved its prospects for the future. Eurozone inflation is expected to be slightly higher in 2021 compared to last fall but will remain low for the rest of the year. Its level is projected at 1.4% in 2021, compared to the previous forecast of 1.1%. The forecast for 2022 was maintained at 1.3%.

Now let’s briefly run through the figures that came out today. According to the Destatis report, German wholesale prices remained stable in January, and the index itself was unchanged year-on-year after falling 1.2% in December.

As for the technical picture of the EURUSD pair, it also remained unchanged. The bulls once again tried to go beyond the resistance of 1.2140 and at the time of writing are trying to gain a foothold there. The fact that they have already achieved an update to the weekly high leaves the potential for growth for euro buyers. In the event of a decline in the trading instrument, I advise you to count on support in the area of 1.2090, but a larger level is visible only in the area of 1.2050, where the bulls will try to build the lower border of the ascending price channel from February 4. The upward potential will be limited by a large resistance level of 1.2175, just above which the area of 1.2220 is visible.

The British pound bounced back from the large morning support in the area of 1.3820, which I emphasized in my forecast. A large resistance area of 1.3870 remains under the buyers’ sights, and it was not possible to get out of it yesterday. Its breakout will open a direct road to the area of the 39th figure, and will also lead to an update of the maximum of 1.3960. In the event of another decline in the trading instrument in the area of 1.3820, it is best to postpone the purchase of the pound, as we have not yet waited for the update of the annual maximum, which may increase the pressure on the pair. The nearest major support levels are seen around 1.3780 and 1.3720.

As for the reports on the British economy, only the data on house prices in the UK, which continued to grow at the beginning of this year, attracted attention. However, the overall growth trend has slowed.