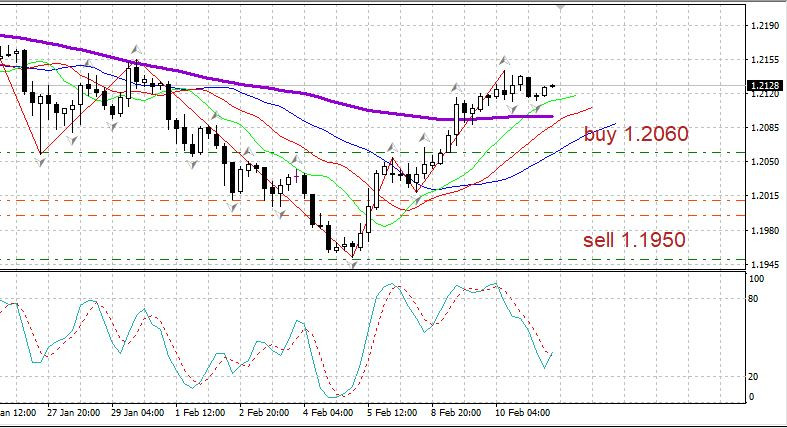 The thick blue average seen on the chart has become a support level.

Because of this, we can say that the euro is in a state of growth, at least until it has broken the 100th moving average and consolidated downwards.

A report on US employment will be released later in the afternoon.