In line with yesterday’s expectations, the foreign exchange market cooled off following activity on Monday and Tuesday and then it went into thought for a day. The euro ended Wednesday down by a point. The signal line of the Marlin oscillator has reached the border of the growth territory, now it shows the intention to turn down from it. Getting the price to settle under the MACD line, below 1.2083, will return the market sentiment to developing the target range of1.1870-1.1915. 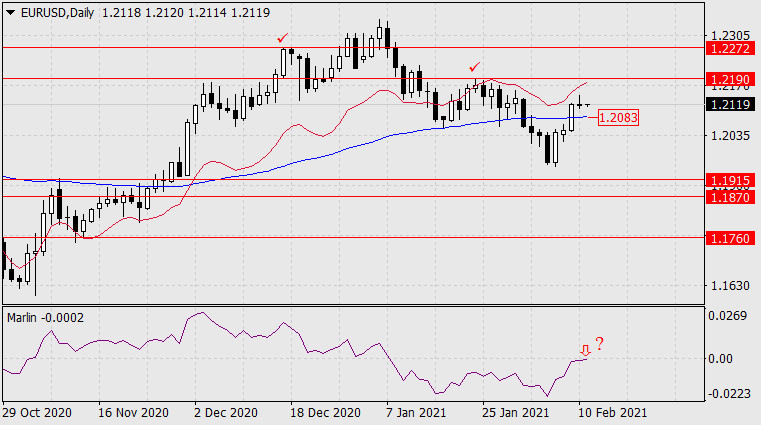 The price prepared a small divergence with the oscillator before the expected reversal on the four hour chart. Formally, it is sufficient in size and shape for an unambiguously understood signal. But for its consolidation, the price must fall below 1.2083 – under the daily MACD line, and since the MACD line is also close to this price (1.2058), being able to fall below it will create completely prepared conditions for opening short positions. 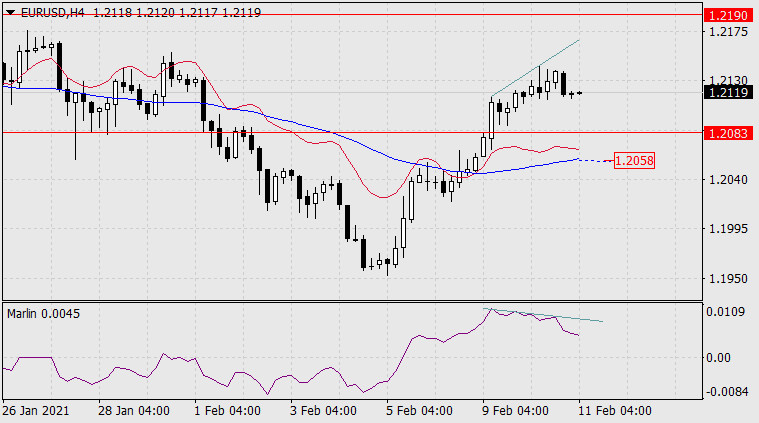