The British pound fully reached the target level of 1.3835 yesterday, emerging above it with the upper shadow on the daily scale chart. The Marlin oscillator has outlined a reversal from the upper border of its own range, which has been stretching since the beginning of the year (marked with a gray area). Now the price can turn down at least as a correction. The price may fall to the target level of 1.3565 (Feb 4 low), to which the MACD line is aiming for on the daily chart. 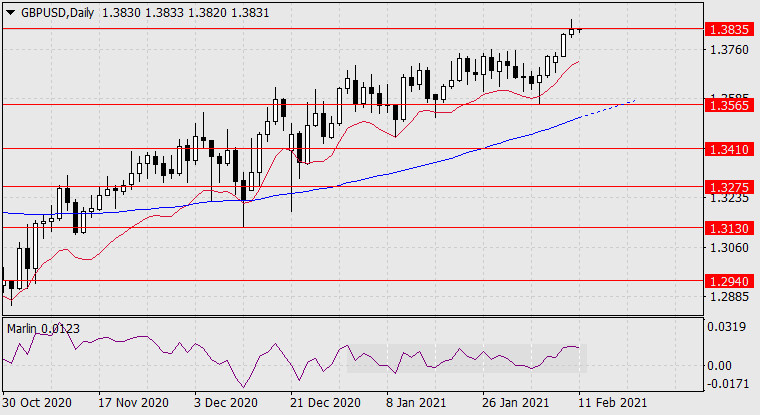 The first sign for a reversal is given by the Marlin oscillator on the four-hour chart, which is leaving the overbought zone. If the price moves under the MACD line around 1.3742, then the pound intends to reach the specified target of 1.3565. 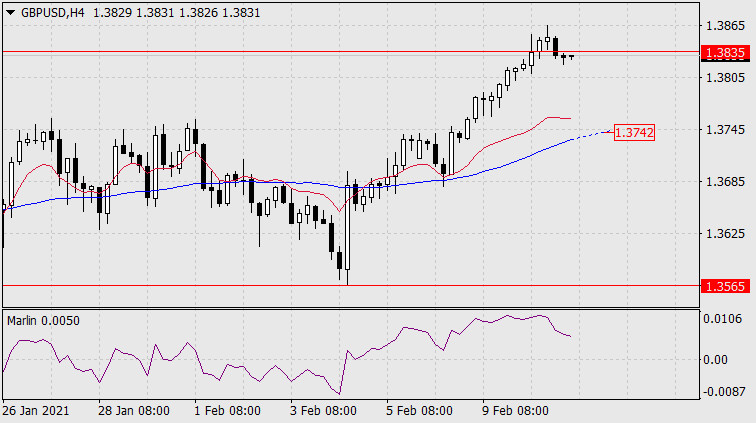