Yesterday, the Australian dollar fell by 15 points, the expected reversal of the signal line of the Marlin oscillator from the zero line which is the border with the territory of growth took place. The price can still try to work out the target range of 0.7765 / 83, but it is much harder to do this, since the price has moved under the red indicator line of the balance and the market mood (in the interpretation of our concept) shifted to sales. Now the nearest target is the 0.7625 / 41 range. Next, the price is waiting for a number of levels: 0.7535, 0.7500, 0.7464, 0.7410. 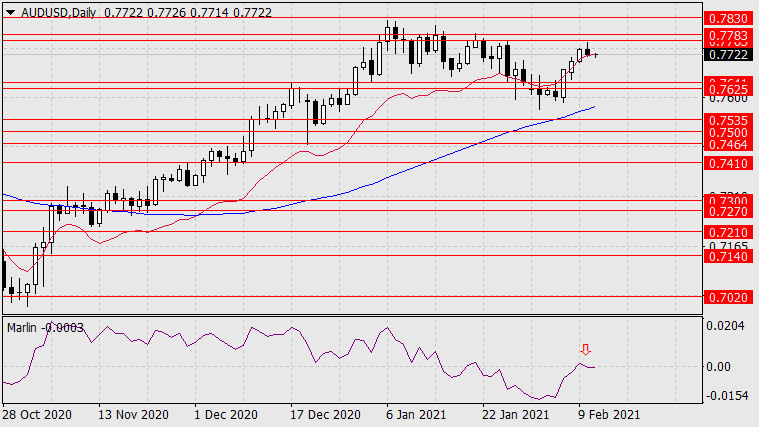 Based on the four-hour chart, the Marlin oscillator is already attacking the border with the territory of the declining trend. Here, the signal level can determine the top on January 29, after which the price will move to take the first target range of 0.7625 / 41. 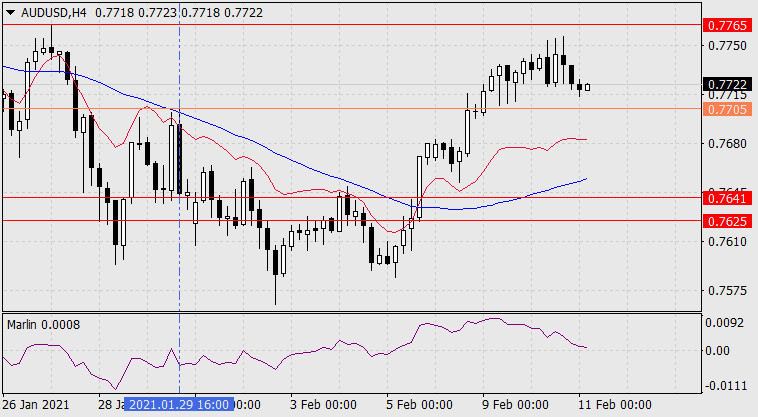