USDJPY has stopped the pull back from 105.50 just above the 50% Fibonacci retracement level. As we mentioned in previous posts, we prefer to be bullish between 104.65-104.30 and we are expecting the up trend to resume. 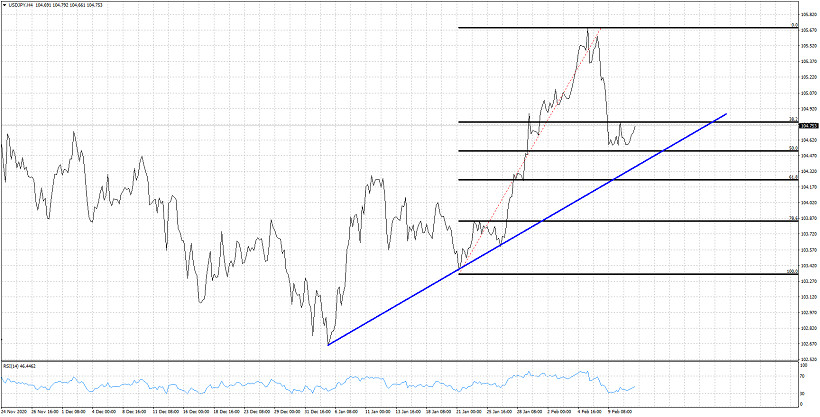 USDJPY continues to trade above the blue upward sloping support trend line. Trend remains bullish as long as price is above 103.30. However if trend is about to change to bearish we will get warnings. A warning of an imminent trend change would for price to break the blue trend line support and the 61.8% Fibonacci retracement. Until then we prefer to be bullish.