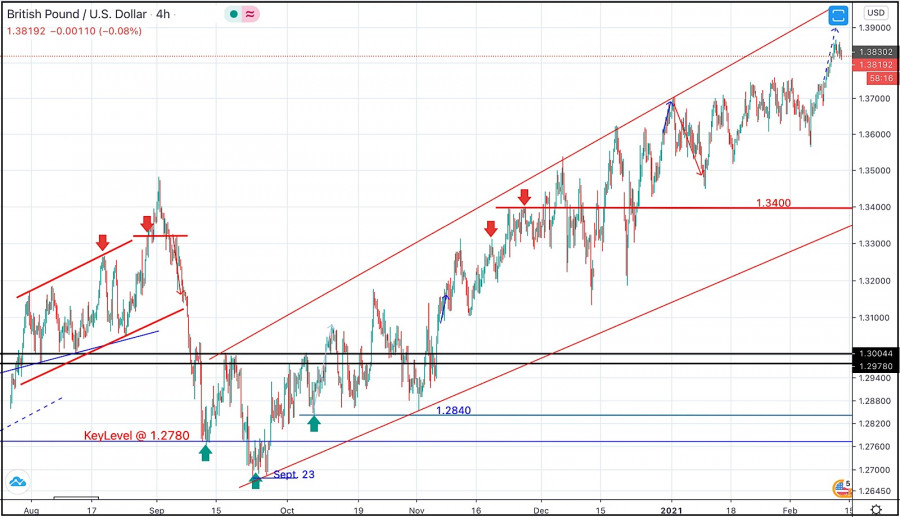 Bearish targets were projected towards 1.3300 and 1.3200 where the pair has found significant support zone.

Hence, a bullish spike was expressed towards 1.3480-1.3500 where the upper limit of the depicted movement channel has previously provided bearish pressure on the pair.

Shortly after, another bullish spike has recently been demonstrated towards 1.3600 where the upper limit of the current consolidation channel applied considerable bearish rejection again.

Recently, the GBPUSD pair looked overbought while consolidating around the price-levels of 1.3700.

Another temporary bullish movement is being expressed above the previous WEEKLY High (1.3700)

Further upside movement may be expected towards the upper limit of the current movement channel around 1.3900 where bearish rejection and a possible SELL Entry are suggested.

Technical analysis of GBP/USD for March 3, 2021