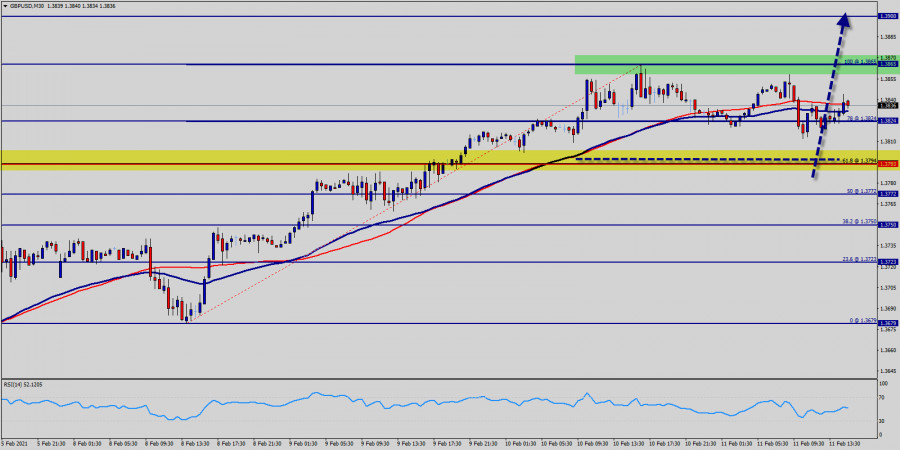 The GBP/USD pair will remain the favored case as long as 1.3793 support holds. be careful at topping sign around 1.3824. But sustained break there will carry long term bullish implications.

The GBP/USD pair continues to move upwards from the level of 1.3739.

According to the previous events, the GBP/USD pair is still moving between the levels of 1.3772 and 1.3865.

On the M30 chart, immediate resistance is seen at 1.3865, which coincides with a ratio of 100% Fibonacci retracement.

It is recommended to be cautious while placing orders in this area. So, we need to wait until the uptrend channel has completed.

Currently, the price is moving in a bullish channel. This is confirmed by the RSI indicator signaling that we are still in a bullish trending market. The price is still above the moving average (100) and (50).

Therefore, if the trend is able to break out through the first resistance level of 1.3865, we should see the pair climbing towards the daily resistance at 1.3900 to test it. It would also be wise to consider where to place stop loss; this should be set below the second support of 1.3723.

The bullish outlook remains the same as long as the EMA 100 is pointing to the uptrend. This suggests that the pair will probably go above the support (1.3723) in the coming hours.