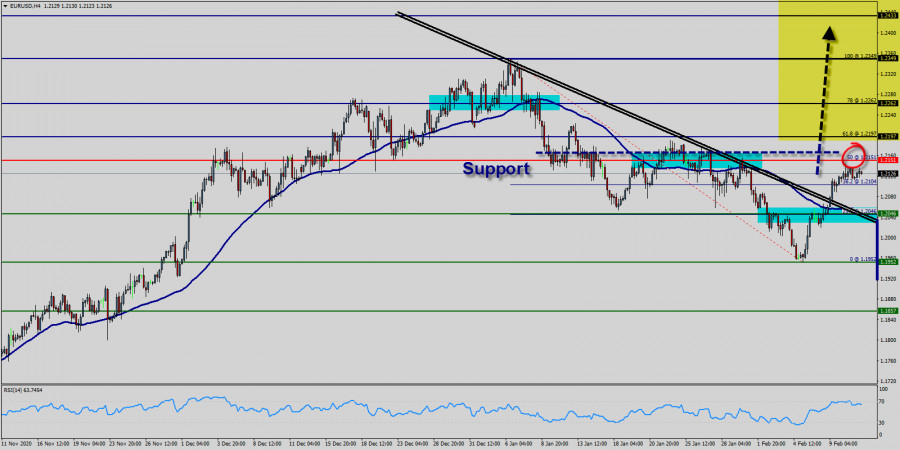 The EUR/USD pair manages well to pick up extra pace and advance once again to the key 1.2151 (50% of Fibonacci retracement levels, daily pivot point) in the second half of the week.

The EUR/USD’s pair rebound from 1.1952 is still in progress and intraday bias stays on the upside for 1.2151 resistance.

The EUR/USD pair set above strong support at the level of 1.2104, which coincides with the 38.2% Fibonacci retracement level. This support has been rejected for four times confirming uptrend veracity.

Hence, major support is seen at the level of 1.2104 because the trend is still showing strength above it.

This is confirmed by the RSI indicator signaling that we are still in the bullish trending market. Now, the pair is likely to begin an ascending movement to the point of 1.2262 and further to the level of 1.2349.

On the downside, below 1.2053 minor support will dampen this bullish case, and turn bias to the downside to extend the correction from 1.1952 instead. At the same time, if a breakout happens at the support level of 1.1952, then this scenario may be invalidated. But in overall, we still prefer the bullish scenario.

EUR/USD: Markets ectsatic, dollar under siege, but no one knows what will happen next