The goal is to lift restrictions only when justified

In case you missed it, Germany has announced that they will extend lockdown until 7 March. While that seems to be where they will start easing restrictions, Merkel has been warning about virus variants/mutations so that will be something to take note of in case it becomes more widespread and threaten another potential lockdown in Q2/Q3. 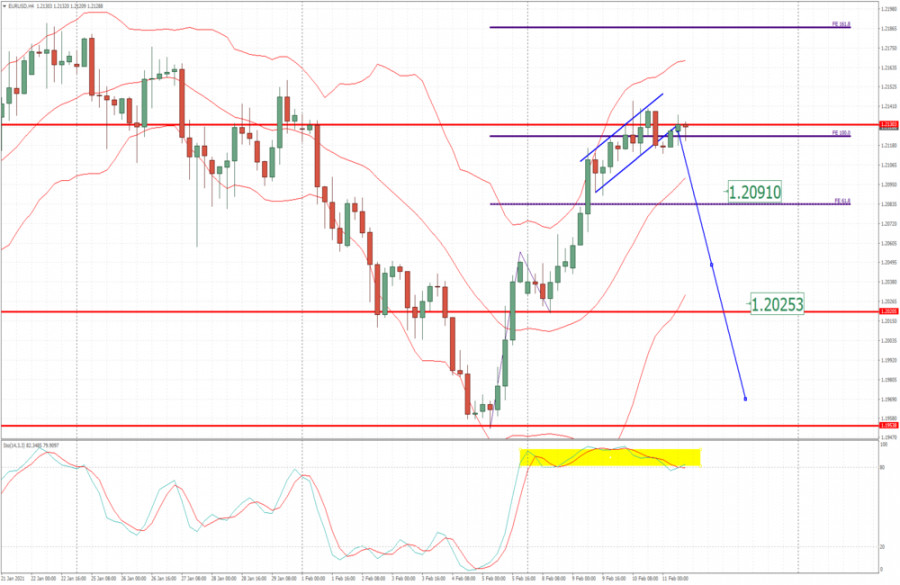 Analyzing the current trading chart of EUR, I found that the buyers got exhausted today and the downside roattion would be probably to correct strong upside movement from recent few days.

Stochastic is in overbought zone, which is another sign for the further downside.