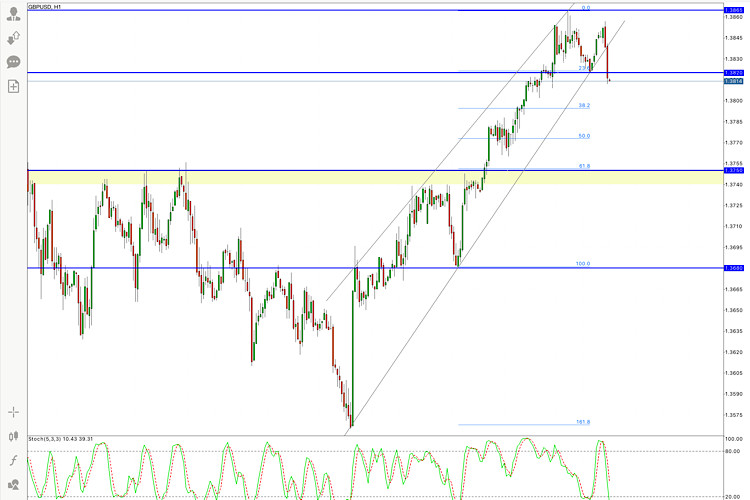 The British pound sterling continues to rise higher, marking a new high of 1.3866 intraday. But price action is pulling back after testing this level. The Stochastics oscillator is firmly in the overbought levels supporting the bias.

For the moment, the downside remains limited until we see a lower high formation by breaking below 1.3820. Given the current pace of gains, the GBPUSD is seen testing the support area of 1.3820.

From a theoretical perspective, GBP/USD exchange rate continues to follow the rising wedge pattern. It is likely that the currency pair could break the pattern on the hourly chart. On the downside, pound could reach the untested support level near 1.3750 will be the likely downside target in case of a correction.