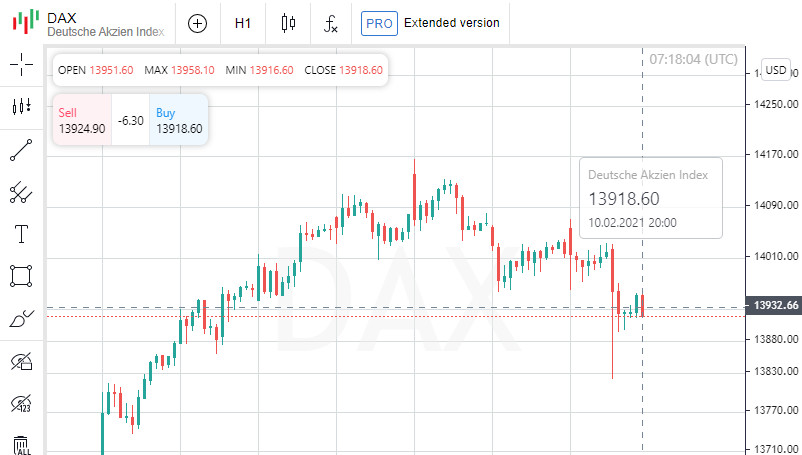 The composite index of the largest enterprises in the region Stoxx Europe 600 decreased by 0.23%, to 409.47 points.

Societe Generale SA added 2.9%. Net profit of the French bank in October-December fell by 28%, to 470 million euros. Experts on average predicted this figure at 318 million euros. The bank announced on Wednesday the launch of a € 470 million share buyback program in the 4th quarter of 2021. Societe Generale will pay dividends for 2020 in the amount of 0.55 euros per share, and in 2021 it plans to return 50% of its operating profit to shareholders.

Meanwhile, the market value of ABN Amro Bank NV decreased by 1.5%. Net profit of the Dutch bank in October-December amounted to 54 million euros, compared with 316 million euros in the same period last year. Analysts surveyed by FactSet predicted an average of 17.9 million euros.

The price of securities of the Danish transport and logistics company A.P. Moeller-Maersk A / S fell 6.8%. In the 4th quarter of 2020, Maersk posted a net profit of $ 1.3 billion, compared with a net loss of $ 72 million a year earlier. However, analysts were expecting a profit of $ 1.39 billion.

Air Liquide SA shares fell 2%, although the company’s net profit in 2020 increased by 8.6% to 2.44 billion euros. Analysts had expected the figure at the level of 2.35 billion euros. Revenue declined 1.3% but exceeded forecast. Air Liquide raised its dividend by 1.9% to 2.75 euros per share.

Investors continue to monitor the process of adopting new measures to support the US economy. Democrats from the US House of Representatives on Monday unveiled the first draft of the $ 1.9 trillion stimulus package proposed by US President Joe Biden.

Consumer prices in Germany, harmonized with EU standards, rose 1.6% in January 2021 on an annualized basis, final data from the country’s Federal Statistical Office (Destatis) show. Monthly inflation was 1.4%. The dynamics of both indicators coincided with the preliminary announced data and the average forecasts of analysts surveyed by Trading Economics.