US inflation was disappointing: almost all components of the release were in the red zone, that is, worse than the forecast values. The relatively phlegmatic reaction of the market looks atypical – especially now, when there are rumors among traders that the Federal Reserve may expand incentives. On the one hand, the market was prepared for weak CPI figures – even preliminary forecasts indicated weak inflationary dynamics. On the other hand, the real numbers were even weaker than the forecasts.

The consumer price index, excluding food and energy prices, was at zero on a monthly basis. Core inflation has been at this level for the second consecutive month, while most analysts predicted a slight increase to 0.2%. In annual terms, the index came out at 1.4%. There is also a negative trend here – this indicator reached the same value (1.6%) for the last three months, and, according to analysts’ forecasts, the same level is also expected in January. But the forecasts were not justified: the indicator slowed to 1.4%. The last time this index has been below this value was back in January 2020. The overall consumer price index in annual terms was also in the red zone – the index rose to 1.4% in January, while analysts expected to see it at 1.5%. The only component of the release that coincided with the forecast is the overall CPI on a monthly basis. But this is also a very dubious achievement, since the indicator increased by only 0.3%. 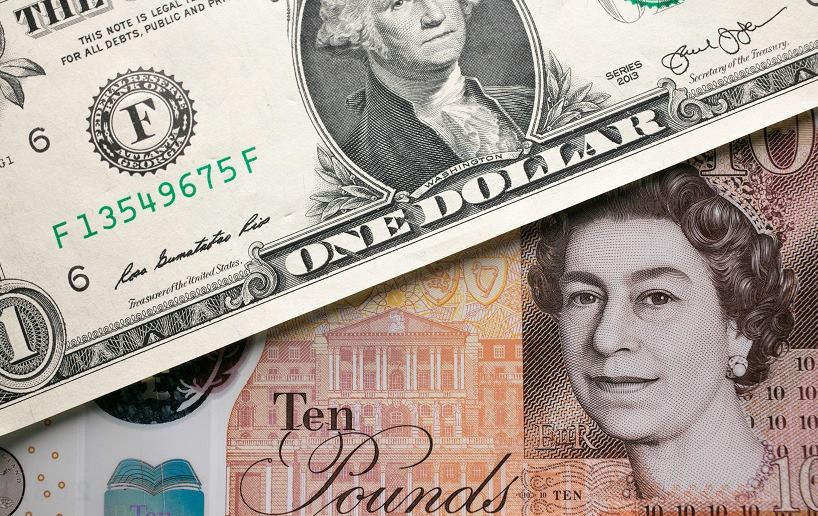 As you can see, the indicators fell short of the rather weak forecast values. And although it is still too early to talk about a persistent trend of slowing inflation, the indicators are clearly showing a downward trend. If we consider the current situation in combination with the disappointing Nonfarm Payrolls report, then a very gloomy fundamental picture emerges.

The US dollar index reacted accordingly to the report. However, the downward trend was limited – the index dipped from 90.40 to 90.34. Dollar pairs of the major group also reacted rather phlegmatically. Perhaps the only exception is the GBP/USD pair, which demonstrates the strongest one-vector volatility. The thing is that in this case the pair is growing not only due to the weakening of the dollar, but also due to the strengthening of the British.

The pound has risen against the dollar since last Thursday, after the Bank of England denied rumors that the interest rate would be reduced into negative territory. And although such a scenario was not ruled out in principle, it was classified as “extraordinary”. In other words, the central bank has finally put an end to many months of discussion on this matter.

This was announced against the background of good dynamics of key macroeconomic indicators. In particular, the general consumer price index (in monthly terms) left the negative zone in January and reached 0.3%, while on an annualized basis the indicator accelerated to 0.6% (from the previous value of 0.3%). Core inflation rose to 1.4%. The labor market is also holding back coronavirus strikes despite tight quarantine restrictions. Thus, against the background of the autumn-winter lockdown, the number of applications for unemployment benefits increased by only 7,000 in December (against the forecast of growth by almost 50,000). In other words, the latest releases turned out to be better than pessimistic expectations (to one degree or another), confirming the recovery of the British economy.

Medical Covid reports, oddly enough, also ended up as the pound’s allies. The daily growth in the number of people infected in Britain has been consistently declining for the tenth day. If there were 122,380 cases of infection registered in the country in February, then over the last day, there were 12,364 new cases of coronavirus infection were recorded. Of course, it is still very early to talk about Britain’s victory over the pandemic, but the trend itself is important here in the context of the extension and/or tightening of the lockdown. If this trend continues, London will gradually ease quarantine restrictions, which will have a positive impact on key macroeconomic indicators.

Thus, the GBP/USD pair retains growth potential in the medium term – both due to the weakening greenback and due to the revaluation of the pound. It is advisable to make trading decisions on the pair after Federal Reserve Chairman Jerome Powell’s speech. If he significantly adds pressure to the dollar with his dovish rhetoric (especially if he allows the option of QE expansion), then buyers of the pair can count on testing the 39th figure.

If we consider the situation from a technical point of view, then we can also talk about long positions. The price is on the upper line of the Bollinger Bands indicator on the daily chart, as well as above all the lines of the Ichimoku indicator), including above the Kumo cloud), which has formed a bullish Parade of Lines signal. All this suggests that you can consider opening long positions on the pair – with the main target of 1.3920 – this is the upper line of the Bollinger Bands, but already on the weekly chart.