The upward momentum of the British pound led the quotes of the British pound to the area of a large-scale reversal zone. The width of the zone in 3 price figures allows the price to complete the structure of its current wave. There are no signals of an imminent change of course on the chart yet.

In the coming day, the upward trend of the movement is expected to end and the transition to a sideways drift is expected. After creating conditions for a change of direction, you can wait for the price to move down. The beginning of the decline is likely at the end of the day or tomorrow.

Due to the limited potential of the expected growth, buying the pound today may be risky. It is recommended to wait for the appearance of reversal signals to search for selling points of the pair. 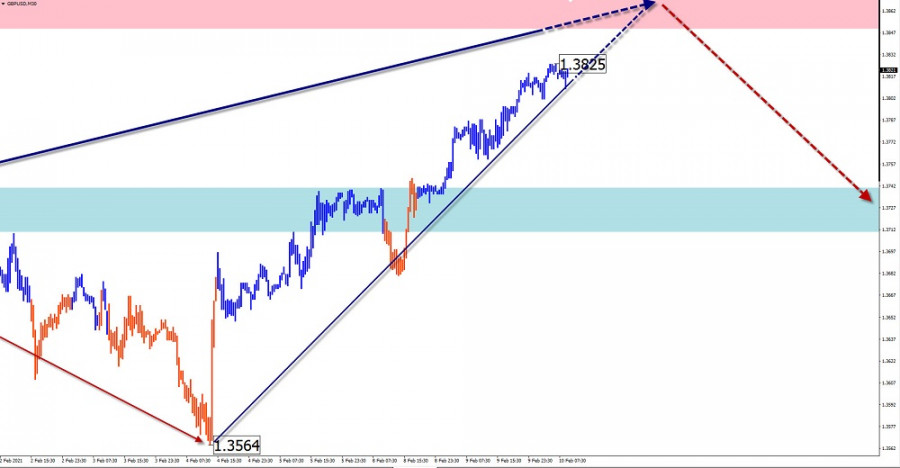 The dominant direction of the Japanese yen major is set by the descending wave algorithm of March 26 last year. In the wave structure, the correction section is nearing completion. The price decline that began the day before yesterday has a reversal potential and may be the beginning of a new wave of the main trend.

In the next trading sessions, the end of the downward course of movement, a reversal, and the beginning of price growth is expected. The upper limit of the expected daily range is shown by the resistance zone.

Today, yen trading is limited to intraday trading. Selling the pair will be possible after a clear reversal signal appears on the chart. When buying, it is better to reduce the trading lot. 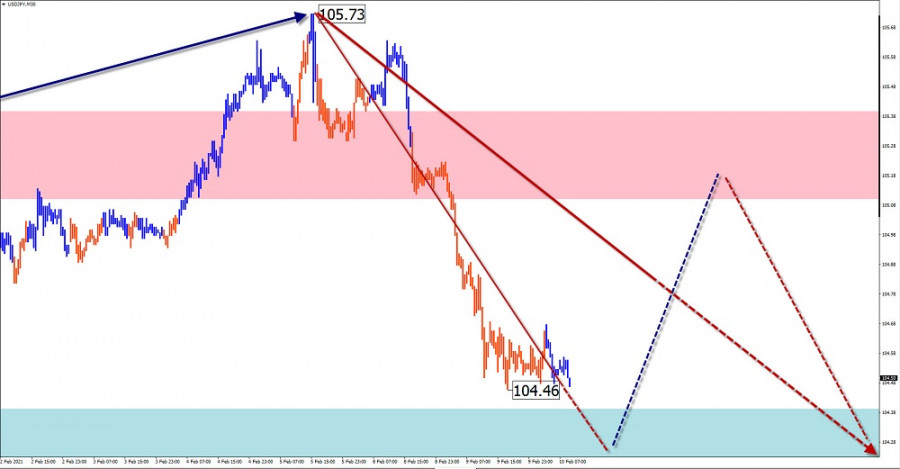 Explanation: In the simplified wave analysis (UVA), waves consist of 3 parts (A-B-C). The last incomplete wave is analyzed. The solid background of the arrows shows the formed structure, and the dotted line shows the expected movements.

Attention: The wave algorithm does not take into account the duration of the tool movements in time!