The European currency continued to rise against the US dollar after the pressure that was caused by the publication of details of the plan to help the US economy, which is promoted by the Democrats. Good indicators for the growth of German exports also appealed to buyers of risky assets, which led to the breakdown of a fairly large resistance level of 1.2085.

To put it simply, Joe Biden’s new bill is affecting all economic and social spheres, from education to financial services and the labor market. The new project provides for a $1,400 payment to individuals with a total annual income of up to $75,000, or to couples earning less than $150,000 for two. Eligibility for the payments will depend on income for 2019 or 2020. The account also provides $1,400 for dependent adults and children. Also, the unemployment benefits will be increased. The bill provides for an increase in the weekly federal benefit from $300 to $400. The payments will be valid until the end of August 2021. Benefits for the self-employed will also be expanded. As for the additional benefits, the new president Joe Biden recently announced that he is preparing a package of measures to reduce tax payments to families with children. The decision to increase child benefit payments was also supported by a number of representatives of the Republican Party.

From a technical point of view, the further growth of EUR/USD may continue, at least until the trading instrument is above the support level of 1.2085. In this scenario, we can safely count on a larger movement of the pair up to a new high in the area of 1.2130. A break of this range will easily bring back the EUR/USD to the area of 1.2175, where the bullish momentum will slow down very much. If the euro returns to the level of 1.2085, the pressure on the pair will seriously increase, which will necessarily lead to a downward correction to the area of the minimum of 1.2050 or even lower, to the base of the 20th figure, where buyers of risky assets will again actively declare themselves. 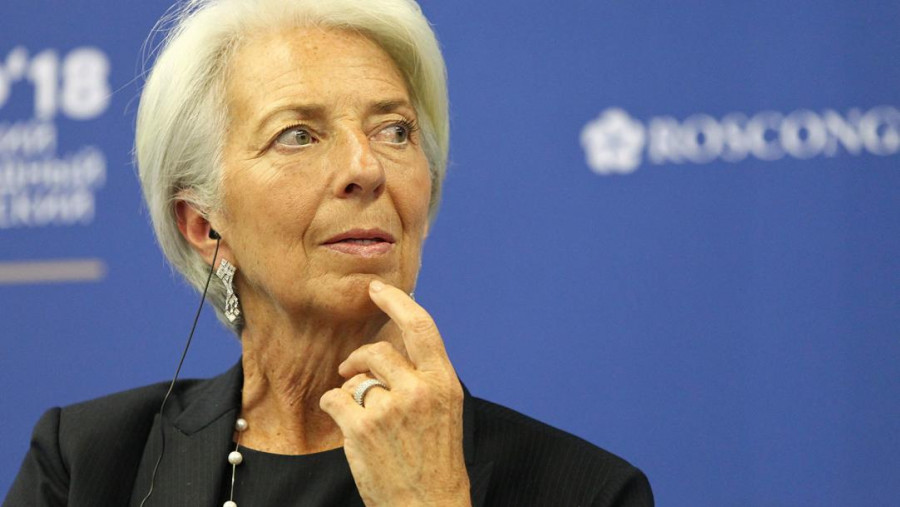 ECB President Christine Lagarde’s speech did not provide strong support for the euro, but it concerned a rather important point of maintaining monetary policy at the same level. Lagarde said that the continued increase in the number of COVID-19 infections, the mutation of the virus, and strict isolation measures pose a significant risk to the economic activity of the eurozone, which has already been at a fairly weak level since November 2020. Speaking in the European Parliament, Lagarde also noted that it is now more important than ever that monetary and fiscal policy continue to work hand in hand, as this is crucial to support the economic recovery in 2021. Although the outlook for growth is very uncertain, the ECB chief noted that the start of the vaccination campaign in the euro zone allows us to see the light at the end of the tunnel. A more active phase of economic growth is expected as quarantine measures are lifted and the number of coronavirus infections begins to decline. A good support of financial conditions at this moment will be more useful than ever.

On the topic of Covid-19, the World Health Organization, which is currently working in China, said that the coronavirus was most likely transmitted to humans through an animal or through frozen animal products. WHO rejected the theory that the virus appeared as a result of a leak from the laboratory. WHO spokesman Peter Ben Embarek noted that no further research is needed to investigate the theory of a virus leak. This theory was put forward by former US President Donald Trump and some other high-ranking officials. According to Ben Embarek, it seems that the virus somehow got to the Huanan market in Wuhan, where the first human infections occurred. A team of specialists is now working to establish the exact circumstances of the virus entry: either it happened through an animal or through food. Frozen wild animals are considered food products.

Returning to the figures, it is worth mentioning the report of the Bank of France, according to which the volume of French production in January 2021 was about 5% below the pre-crisis level. The bank warned that all future forecasts are subject to high uncertainty and depend on the further development of the pandemic. Despite the fact that the industry business confidence index remained stable at 97.5 in January, managers predict a slight slowdown in February. Activity in the service sector will also continue to slow in February.

As noted before, the Destatis report on German exports supported the euro, as, despite the quarantine restrictions, the indicator increased in December 2020. Demand is observed from China and the United States, which allows us to give a positive forecast for the beginning of 2021. According to the data, exports increased by 0.1% from November 2020, after an increase of 2.3%. Economists had forecast a fall of 1.0%. Imports fell 0.1% after rising 5.4% in November. The trade surplus in December was almost unchanged at 16 billion euros. On an annualized basis, exports increased by 2.7%, offsetting a 1.2% drop in November 2020. Apparently, Germany’s good export line helped the country avoid a contraction in the 4th quarter of last year, but the long-term outlook remains uncertain. Exports to China increased by 11.6%, and to the United States by 8.4%.

As the British pound pushes near another one-year high, news has emerged that the UK government will not publish an effective assessment of the trade agreement with the European Union, despite producing similar reviews of other major trade deals it signed last year. Prime Minister Boris Johnson’s spokesman Jamie Davis said a detailed forecast was presented last year, along with the pros and cons of a Brexit trade agreement. No one will provide any other confirmation of the correctness of the decision. Based on the terms of the contract, the transaction was beneficial to one and the other party. The UK managed to maintain access to the EU market even though it had to make concessions in the fishing industry. Yes, with the arrival of January 1, the UK’s trade with the EU has sunk significantly and is suffering from higher costs and expenses, as well as delays in deliveries and reduced freight traffic. However, new economic relations will eventually be established. This, according to the Office for Fiscal Policy in the UK, in the long term will lead to an increase in gross domestic product by 4%.

As for the technical picture of the GBPUSD pair, buyers are now looking at the resistance at the base of the 38th figure, the breakthrough of which will certainly lead to a test of new highs in the area of 1.3840 and 1.3880. It will be possible to talk about the return of pressure on the trading instrument only after the bears regain control of the level of 1.3750. In this scenario, it will be possible to observe a repeated decline of the pair to the lows of 1.3720 and 1.3680.