The US dollar continues to lose its position. The markets are entirely optimistic and this is not good for the US currency, which enjoys being a protective instrument. The dollar index is slowly but surely heading towards the bottom of the 90th figure, after it stayed at two-month highs (91.52) last week.

On one hand, the 90.00 mark is a reliable support level, but on the other hand, it acts as a signal for traders. If the dollar bulls fail to hold the currency above this target, then the downward trend will most likely occur. As an example, the dollar index plunged into the area of the 89th mark for several days in early January. And so, the buyers of EUR/USD took advantage of this, who updated the two and a half year high, reaching the level of 1.2350. However, the pair was slightly higher relative to the current position (at the base of the 22nd figure) before this upward breakthrough. Comparing it to now, the essence of it does not change: as soon as the dollar index falls below the 90.00 mark, the US dollar will fall under a wave of sales. It is noteworthy that this scenario is becoming extremely likely. 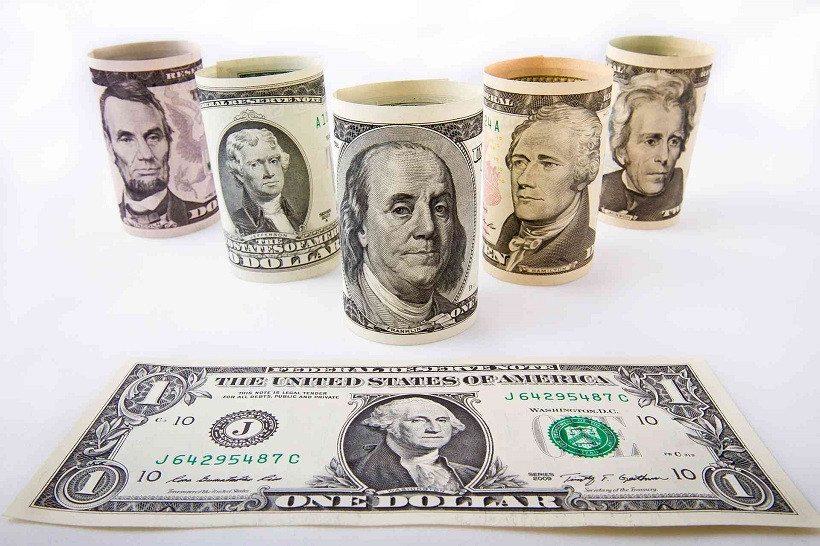 Why is the dollar weakening? In my opinion, there are two possible arguments that can be considered. First, the market was clearly rushing to the optimistic conclusion that the US economy will recover at a faster pace, even though the recent macroeconomic releases suggest otherwise. And it’s not just about the January Nonfarm, which reflected the weakness of the US labor market. Some other reports also turned out to be much worse than forecasts. For example, US retail sales data (with exception of car sales), was released in the “red” zone. The indicator declined to -1.4%, which was the weakest result since April last year. All other components of the January release were also below zero, reflecting the decline in American consumer activity. We can also recall the production ISM, which fell from 60.5 to 58.7, with a forecasted growth of 60.8 points.

In other words, investors were clearly in a hurry to conclude that the Fed may begin to wind down its stimulus programs at the end of this year. Similar rumors were spread in the market earlier this year, providing background support for the greenback. At the moment, this trump card has lost its power due to disappointing statistics. Moreover, during today’s speech (19:00 Universal time), Jerome Powell may increase the pressure on the dollar by voicing “dovish” rhetoric, in the form of allowing the expansion of QE.

Second, we have the decline in anti-risk sentiment. The corporate reporting season coincided with political issues over the passage of a large-scale bill to provide additional assistance to the US economy. The commotion in the stock market (key indexes updated multi-month lows) allowed dollar bulls to feel confident: the US dollar was in demand as a protective tool. However, we are seeing a similar situation today. The US stock market is showing strong growth, reacting to positive news flow. In particular, representatives of the World Health Organization noted a slowdown in the global spread of COVID-19 this week. In this context, the market also drew attention to the news that Johnson & Johnson has applied for emergency use of its single-dose vaccine against COVID-19.

Investors also reacted to the preliminary victory of the Democrats in Congress: they managed to pass a budget resolution that will allow the approval of the almost 2 trillion “American Rescue Plan” by a simple majority – both in the House of Representatives and in the Senate. In anticipation of large-scale fiscal incentives, traders’ interest in risky assets has largely increased.

However, contrary to this, the US dollar continues to weaken amid a decline in anti-risk sentiment, weak macroeconomic reports and Fed’s “dovish” rhetoric. In addition, several experts believe that the adoption of a fiscal stimulus package will accelerate the growth of the current account deficit in the United States and put additional pressure on the national currency.

At the same time, the market completely ignored the political hype around Trump’s impeachment process. At the close of the US trading session on Tuesday, the US Senate voted in favor of the constitutionality of the impeachment process (and six party members of the former head of the White House also supported the procedure). The trial will last several days if the parties do not call witnesses. This means that by the end of this week, the Senate can make their verdict on Trump. However, the market has completely disregard this topic, especially since the likely result of the vote is known in advance: the majority of Republican senators will not support the charges brought against the former US president. 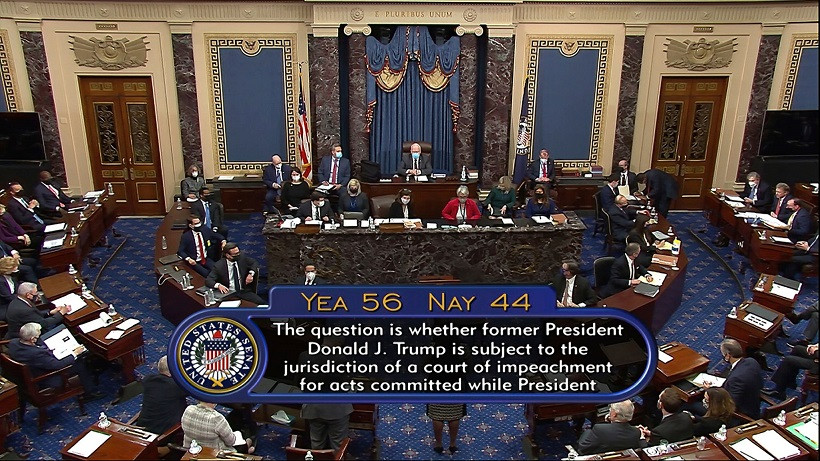 In this case, the dollar bulls still can not find an edge to turn the situation in their favor. If the inflation data disappoints today, and Jerome Powell allows QE to expand, the US dollar index may decline below the key level of 90.00, reflecting the weakness of the US dollar. In this case, the buyers of the EUR/USD pair will resume their upward trend. There are two resistance levels on the range: 1.2150 (Kijun-sen line on the daily TF) and 1.2200 (upper line of the Bollinger Bands, which coincides with the upper border of the Kumo cloud on the same time frame).