It looks like we overestimated the potential of risk appetites yesterday. Not all investors picked up the initial excitement impulse and their doubts were expressed in the mixed closure of the markets: S&P 500 -0.11%, Russell 2000 0.40%, European indices also closed in different directions, government bond yields stopped growing, Bitcoin grew by 5.97% yesterday, won back half of that growth this morning. Perhaps the anticipation of today’s consideration of new financial stimuli in the lower house of the US Congress played a moderating role. But there are still two weeks before the final vote by the lower house, and the Senate is completely ready to vote only after the issue of impeachment of Donald Trump is resolved, so the reserve for sustaining the growth of counter-dollar currencies has not yet been exhausted. As for the impeachment, the chances of its passing are extremely small, even the Senate Democrats themselves consider such a procedure not constitutional. 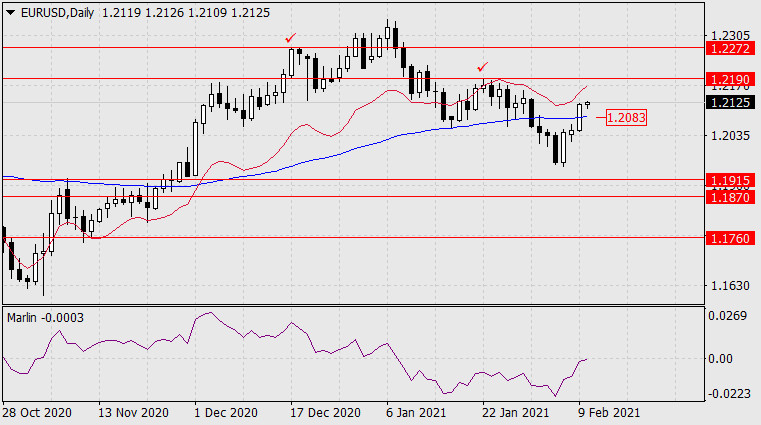 The euro moved past the MACD line on the daily chart, ahead of the 1.2190 target level (peak on January 21). Getting the price to settle below the MACD line (1.2083) will bring back the downward mood. The Marlin oscillator has approached the border of the growth area, from which the oscillator and then the price may reverse, that is, the target level may not be reached. 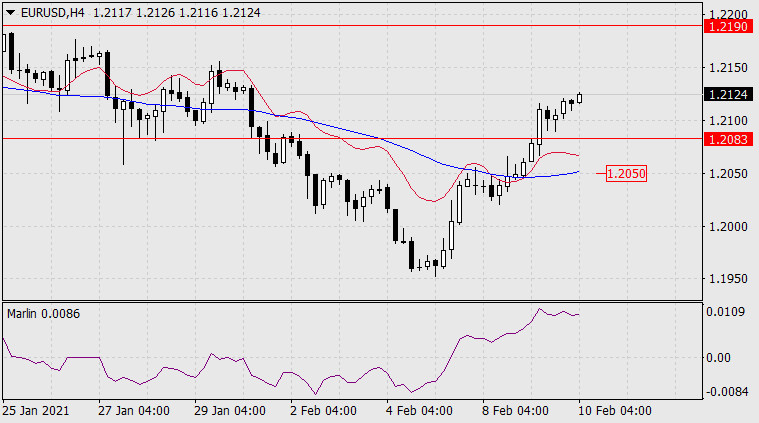 Marlin has stopped growing on the 4-hour chart, but does not show clear reversal signals. The growth potential remains and we are taking a wait-and-see attitude.