The British pound is about to hit the target level of 1.3835. We expect a price reversal from it, because the signal line of the Marlin oscillator outlined a reversal from the upper border of its own consolidation range (daily). When the reversal takes place, the first target level will be 1.3648. 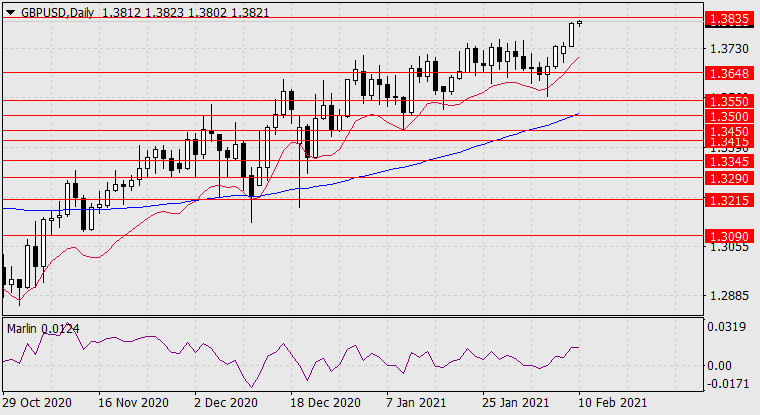 Marlin shows the first sign of a downward reversal on the four-hour chart. We are waiting for a clearer reversal. The picture will become more definite only in a day. 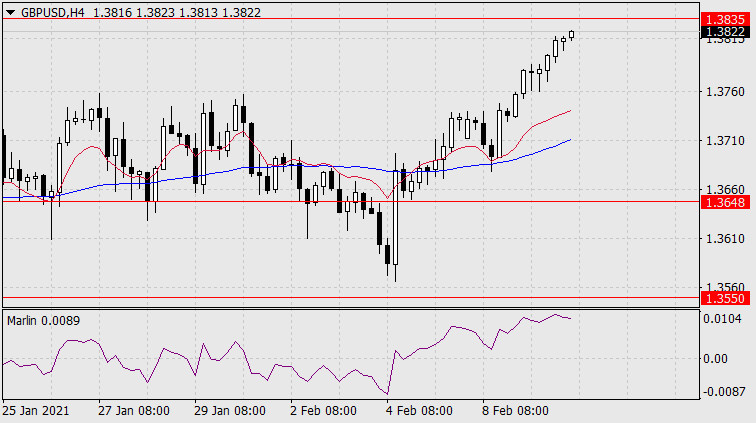