Yesterday, the Australian dollar rose by 36 points. There is still much time left to go to work out the target range of 0.7765 / 83. Thus, it is already becoming much more difficult for the “Australian”. The Marlin oscillator outlines a reversal from the border with the territory of growth. The price can work out the target range with a declining oscillator, but the growth should slow down, respectively, the goal will be reached only tomorrow. 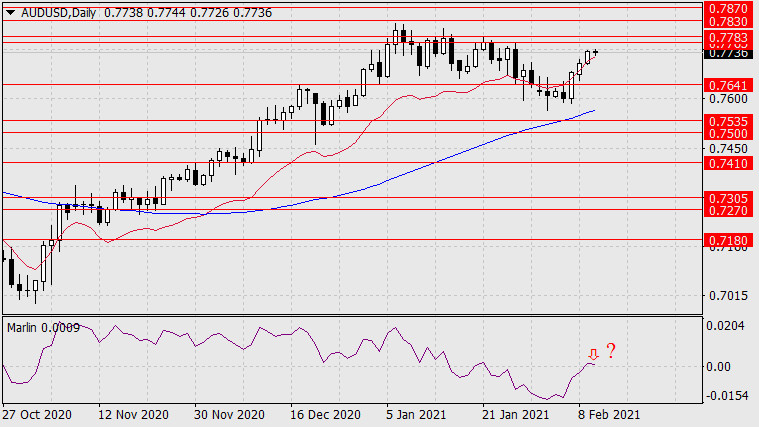 Based on the four-hour chart, the Marlin is not pronounced but it is only discharged perhaps before the further growth. But be that as it may, the time for purchases is not suitable, it is only possible to hold previously opened positions. 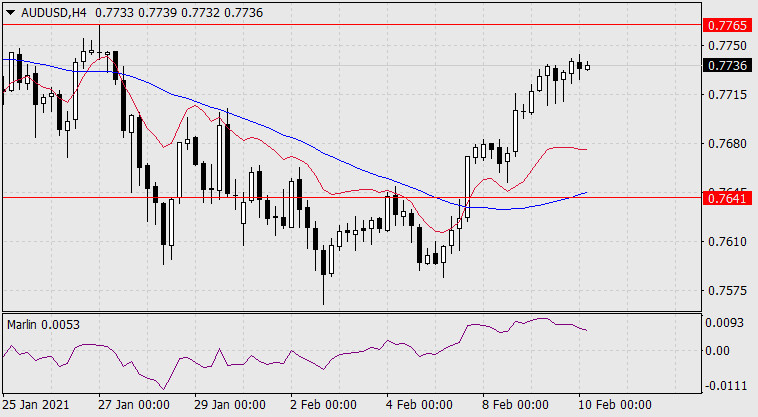