With yesterday’s fall, the USD/JPY pair reached the target support of 104.62 and today it turned away from it in the Asian session. The Marlin oscillator is currently developing synchronously with the price. A new price increase to the previous target of 105.33 is possible. 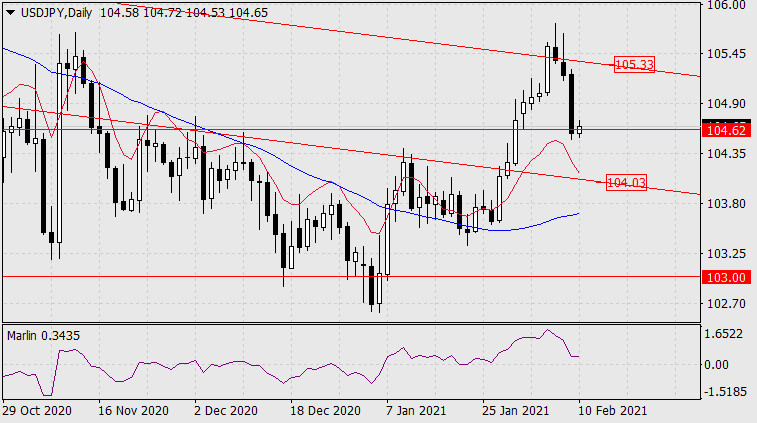 On the four-hour time frame, it is visible how the price formed a second consolidation in the area of the previous one from January 29. The final reversal will be formed with the price moving over the MACD line, above 105.05. The Marlin oscillator will probably enter the zone of positive values, the zone of a growing trend by this time. Fixing the price below yesterday’s low of 104.51 may push the price to the lower line of the price channel, to the level of 104.03. 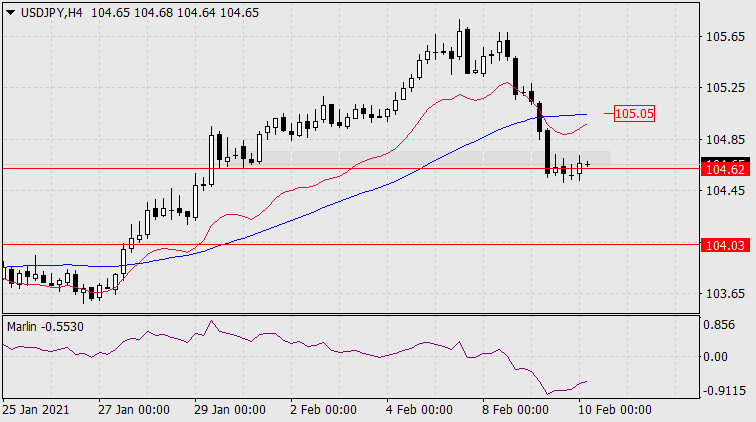