According to Michael Novogratz, CEO of Galaxy Digital, Bitcoin may hit $100,000 by the end of 2021. The widespread adoption of BTC / USD initiated by companies will primarily support the increase in value.

Tesla Inc. has already taken the Bitcoin route, allowing customers to purchase their electric vehicles using BTC / USD. Novogratz acknowledges that “he will see that every company in America will do the same.”

We see a possible bullish pennant pattern, a break above $47,500 will open the way to 50K and 55K, as this is possible in the short term.

Our recommendation is to buy above $43,000 and when the bullish pennant breaks, with the first target up to the $50,000 zone. 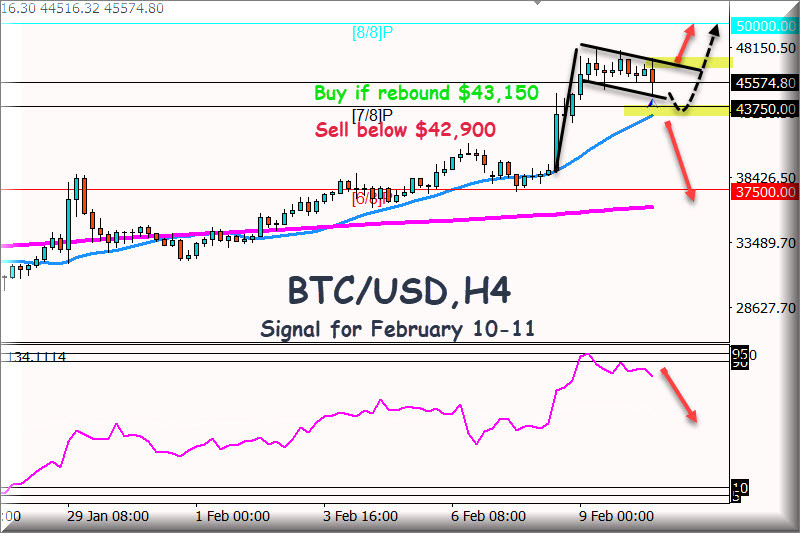 EUR/USD and AUD/USD: Risk assets rose after a sharp increase in US Treasuries. Meanwhile, Biden and Merkel are considering