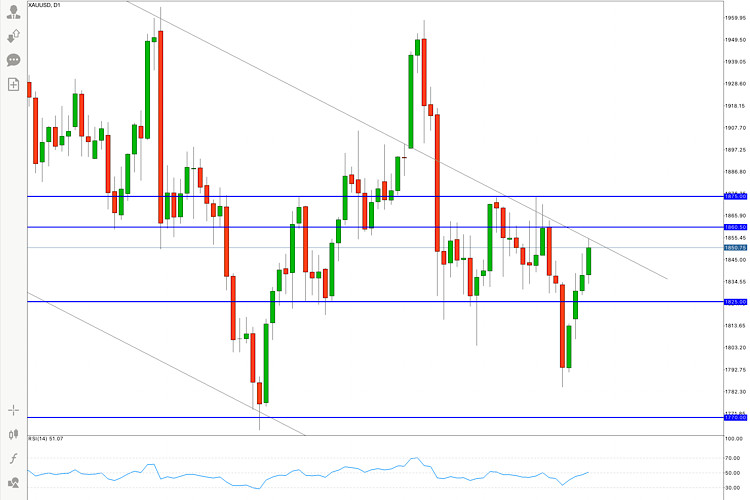 Gold held on to its modest intraday gains through the early session and refreshed one-week tops, beyond the $1850 region post-US CPI figures.The intraday buying interest picked up pace following the release of softer-than-expected US consumer inflation report, which showed that core CPI remained flat in January.

XAU/USD clings to modest daily gains around $1,850. Ascending trend line on 4-hour chart forms strong resistance. $1,860.5 could be seen as the next target if gold manages to break above $1,850. A sustained strength beyond the $1850 level might have already set the stage for an extension of the momentum towards the $1875 previous swing high.

Despite the recent pullback, gold continues to float above the ascending trend line coming from February 4 on the one-hour chart. Unless gold breaks below that line, which is located around $1,837, bulls could look to remain in control of the price action in the near term. Meanwhile, the Relative Strength Index (RSI) on the same chart hold above 50, suggesting that the latest decline is a technical correction for the time being.