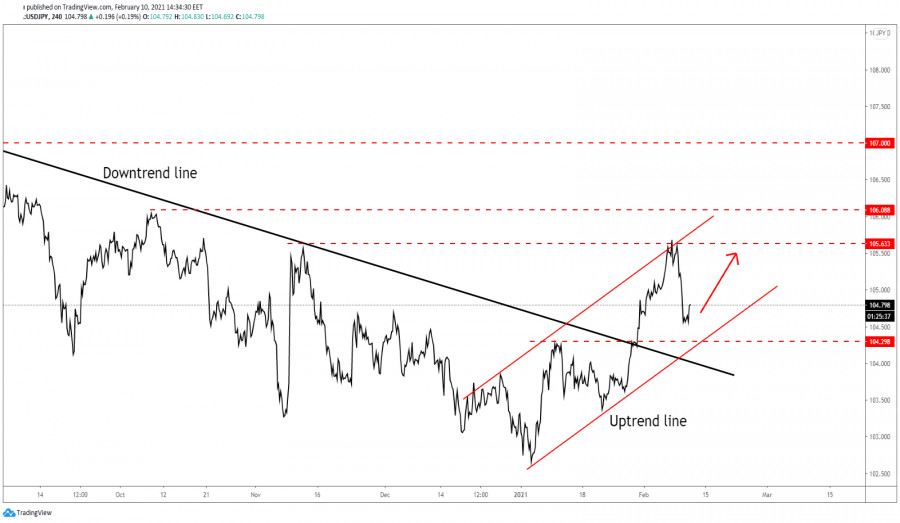 USD/JPY has retreated after its last upwards momentum but the decline could be over soon, so the buyers could retake full control again anytime. The pair is trapped within an up channel, so the bullish, upside, bias remains intact despite the most recent drop.

The price has reached 105.63 and the channel’s upside line, a resistance area, so the short-term drop could be considered to be a natural one. USD/JPY has rebounded without reaching and retesting the red uptrend line or the 104.30 support level, resistance has turned into support.

Practically, USD/JPY could develop a new upside momentum, swing higher, from around the red uptrend line. A potential uptrend line retest could bring a good buying opportunity with a first upside target at 105.63 level.