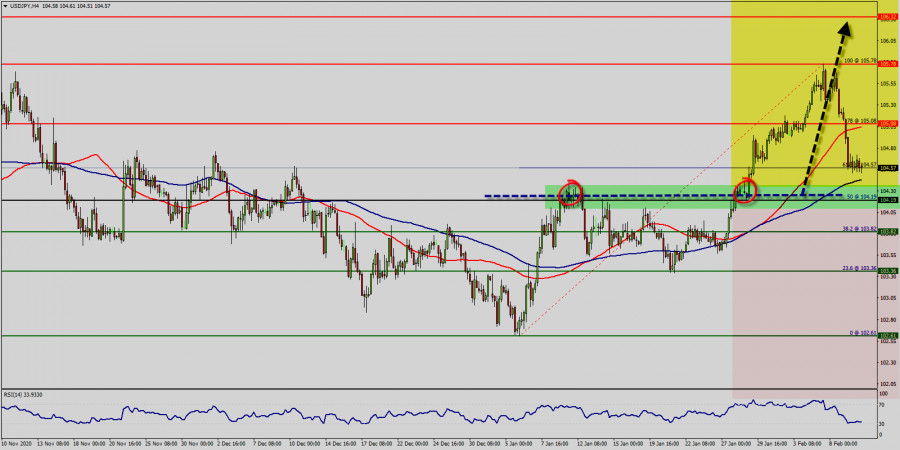 The USD/JPY pair broke support which turned to strong resistance at 105.08. Right now, the pair is trading below this level. It is likely to trade in a lower range as long as it remains below the support (105.08) which is expected to act as major resistance today.

This would suggest a bearish market because the moving average (100) is still in a negative area and does not show any signs of a trend reversal at the moment.

Therefore, the major resistance can be found at 105.08 providing a clear signal to sell with a target seen at 104.19. If the trend breaks the minor support at 103.36, the pair will move downwards continuing the bearish trend development to the level of 102.61 in order to test the daily support 2.

The RSI is still calling for a strong bullish market as well as the current price is also above thespot of 104.19. Therefore, it will be advantageous to buy above the current level of 104.19 with the first target at 105.08 in order to retest the weekly resistance 1. From this point, if the pair closes above the weekly resistance 1 of 105.08 on the H4 chart, the USD/JPY pair may resume its movement to 105.78 to form a new double top. Overall, we still prefer the bullish scenario which suggests that the pair will stay below the area of 103.36/102.61cthis week.