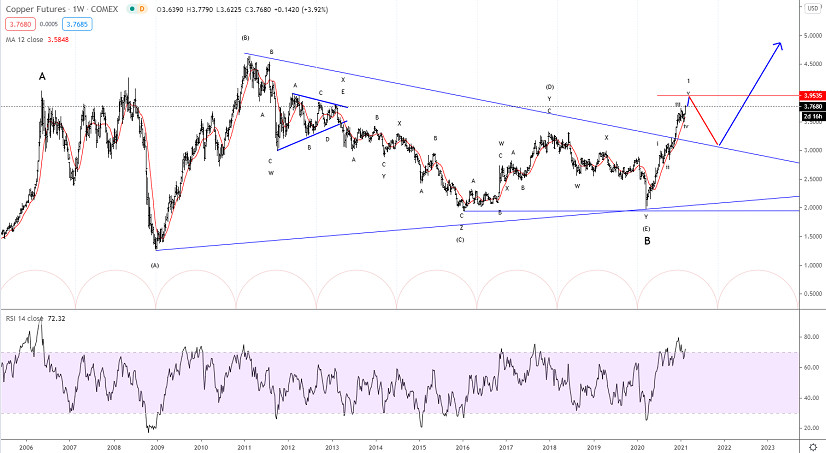 Copper has seen a strong rally since the March 16 bottom at 1.9725 and should move a little higher towards the expected target for wave 1 at 3.9535 before a more sizable correction lower to near 3.0000.

A break below support at 3,6264 will be the first warning that copper has topped and the expected larger correction is ready to unfold.

If you are long copper it’s time to tighten your stops and consider taking some profit near 3.9535