The euro-dollar pair easily overcame the passing resistance level of 1.2060 (the Tenkan-sen line on the daily chart) and is currently testing the mark of 1.2100 (the middle line of the Bollinger Bands indicator on the same timeframe). This price barrier is more significant in the context of developing the growth trend, so it is not so easy to cope with it. Nevertheless, the current fundamental picture suggests that the EUR/USD bulls will still enter the area of the 21st figure, opening the following targets (resistance levels)-1.2150 (the Kijun-sen line on D1) and 1.2200 (the upper line of the Bollinger Bands, coinciding with the upper border of the Kumo cloud on the same timeframe). 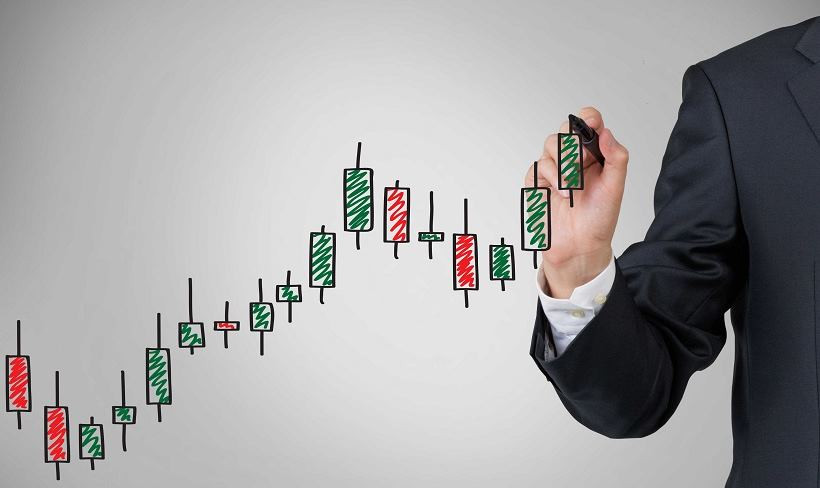 Looking ahead, take note that the growth of EUR/USD is primarily due to the weakening of the US currency. The US dollar index loses its positions for the third consecutive day, after the disappointing results from the Nonfarm payrolls reports and the approval of a budget resolution in Congress. The demand for protective instruments significantly fell, afterwards the dollar was hit by a wave of sales. The euro, in turn, does not also feel quite confident (look at the dynamics of such cross-pairs as EUR/CHF or EUR/JPY) – the continuing intrigue regarding the resolution of the political crisis in Italy does not allow the euro to spread its wings. Therefore, at the moment, the driver of the EUR/USD growth is the dollar, which remained on the sidelines, having played its role during the political uncertainty and increased turbulence in the stock market. Figuratively speaking, now the dollar bulls are left “in a broken trough”, one on one with the Federal Reserve, which is not going to tighten ultra-soft monetary policy, even despite the introduction of new fiscal incentives.

Disappointing data on the growth of the US labor market only added fuel to the fire – January indicators came out in the red zone, and December data were revised downwards. Tomorrow, a webinar will be held in the United States with the participation of the Fed chairman, who is expected to comment on this release in the context of the prospects for monetary policy (the topic of the meeting is devoted to the state of the labor market in the United States). It is likely that Fed Chairman Jerome Powell will not only criticize the dynamics of key indicators, but also announce a further expansion of incentives. Earlier, he did not rule out such a scenario when the labor market slows down. It is noteworthy that just a week and a half after these words were published disastrous Nonfarm. In part, the EUR/USD pair is also growing in connection with Powell’s speech – many traders follow the postulate buy on rumors….

And yet, despite the fairly strong growth, buyers of the pair can not overcome the resistance level of 1.2100. From a technical point of view, this is due to being overbought – over the past three trading days, the price has increased from 1.1960 to today’s high of 1.2116. Buyers were unable to gain a foothold in the area of the 21st figure, and, obviously, began to take profits.

From the point of view of the foundation, the EUR/USD pair was under pressure from several fundamental factors. First, the euro reacted to the German macroeconomic reports. It became known that the positive balance of Germany’s foreign trade balance fell to 14,800,000 euros in December compared to 16,700,000 euros in November. At the same time, the overall forecast for December was at the level of 16.1 billion. In addition, last year, German exports fell by 9.3% (to 1 trillion 204 billion euros), and imports – by 7.1% (to 1 trillion 025 billion). These are the weakest numbers since 2009, when the financial world was experiencing a crisis that began with the bankruptcy of Lehman Brothers. On the one hand, these figures should not be surprising, given the coronavirus pandemic. On the other hand, the statement of fact itself was negatively perceived by investors.

Secondly, the euro is under background pressure from Italian events. Let me remind you that the former head of the ECB Mario Draghi is now trying to form a “government of technocrats”, which will avoid early parliamentary elections. The first round of negotiations was quite successful: Draghi enlisted the support of many political forces in Italy. But it is still impossible to say that the political crisis in the country has been successfully resolved. Draghi is holding additional talks with representatives of major parties (in particular, “Forward, Italy”, “League”, “5 Star Movement”) and trade unions. It is expected that political consultations will be held until tomorrow, after which it will become clear whether Draghi will become a technical prime minister before the end of the legislature (i.e. until 2023) or whether the president will announce early elections. 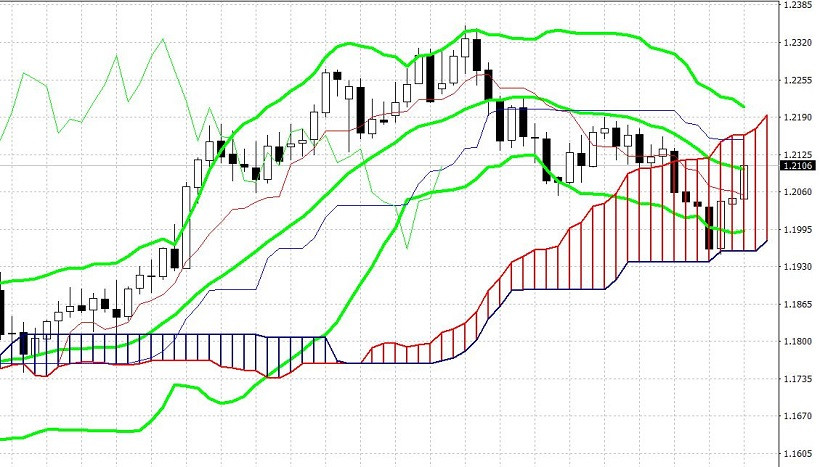 Thus, buyers of EUR/USD reached the resistance level of 1.2100 against the background of the weakening dollar. But, to overcome this target, and (especially) to settle in the area of the 21st figure, the pair’s bulls need additional information. Tomorrow, in this context, may be decisive: the euro will react to the news flow from Italy, and the US dollar – to the inflation report and the rhetoric of Powell. According to preliminary forecasts, the overall score will not be in favor of the US currency. In particular, many European political analysts are confident that Draghi will still form and head the Cabinet of Ministers. This fact will give confidence to buyers of the EUR/USD pair. But Powell is unlikely to announce hawkish rhetoric, given the recent Nonfarm report. If, on top of everything else, US inflation turns out to be disappointing, then the dollar will probably hit another wave of sales.

From a technical point of view, it is advisable to open longs after overcoming the middle line of the Bollinger Bands indicator on the daily chart, that is, after breaking through the resistance level of 1.2100. In this case, we can talk about reaching the 1.2150 mark (the Kijun-sen line on D1), and the 1.2200 mark (the upper line of the Bollinger Bands, which coincides with the upper border of the Kumo cloud on the same timeframe).