Investors massively opened short deals on the US dollar on Monday after the Senate approved Joe Biden’s $1.9 trillion aid package aimed at revitalizing the US economy. By getting the Senate’s approval, Democrats will be able to push ahead this bill to Congress without the votes of Republicans. It means that its actual size is unlikely to be reduced to 1.2 trillion yet this probability has recently remained rather high.

At the same time, judging by the long-term factors, the Us currency is likely to resume its upward movement. Besides, taking into account some fundamental factors, the greenback’s position should be stronger than other G10 currencies. Expectations for US economic growth are higher than those for most other countries, and the $ 1.9 trillion plan could significantly boost economic activity. The inflation growth is also outpacing other countries. For this reason, some speculators think that the Fed may take a more hawkish stance. Additionally, the Fed’s bond-buying program is already being criticized.

There is only one negative factor that could push the US dollar lower – a decrease in political tension and uncertainty. The greenback as a safe-haven currency benefits from such headwinds. In my opinion, this is only one of the few factors that could make the US dollar cheaper. However, there are way more factors for its rally, for instance, a change in sentiment in the futures market. Therefore, the greenback will not decline for long. If tomorrow’s report on inflation shows a noticeable increase, investors will price in the mentioned above positive factors and the US dollar will begin to move up again.

The preliminary report from ANZ Business Outlook for February showed a further rise in economic activity along with a sharp increase in costs and a decline in profitability. The business optimism index went up to 11.8 p. The figure turned out to be higher than the one before the coronavirus pandemic. Meanwhile, the business morale grew. However, the tourism industry, traditionally the one that attracts cash inflow into the country, still cannot get back on track.

Expectations of further lending incentives have been dropped and few expect the RBNZ to change its stance. Investors think that the central bank may cut its key rate to 0.1% in May before the onset of winter to ease economic conditions before the increase in seasonal viral activity. 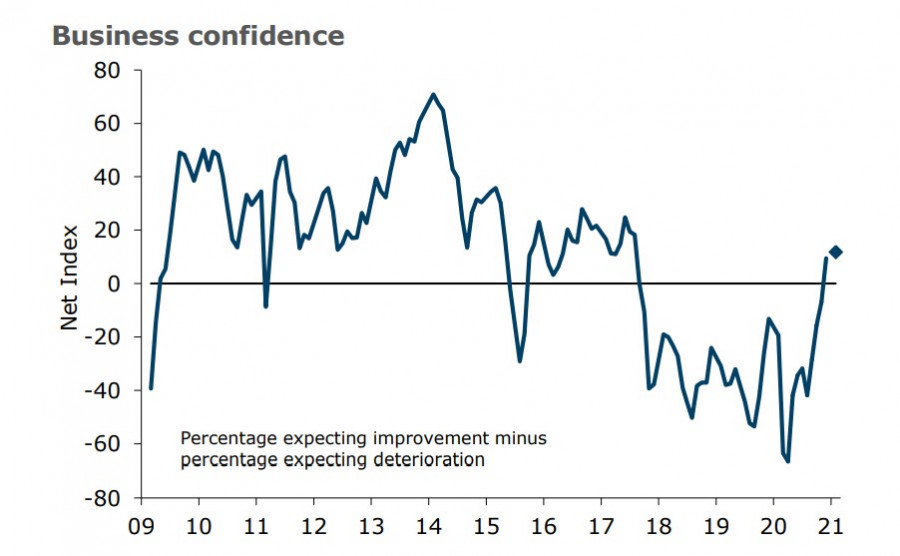 Among the downsides, analysts note the weak employment situation. ANZ Bank expects unemployment to reach its peak in the middle of the year.

This is why there are no reasons for the growth of the Kiwi. In the past few months, its rally can be explained by seasonal factors, as the southern hemisphere summer has allowed the government to ease the quarantine restrictions, but the summer is nearing its end and fears are returning. 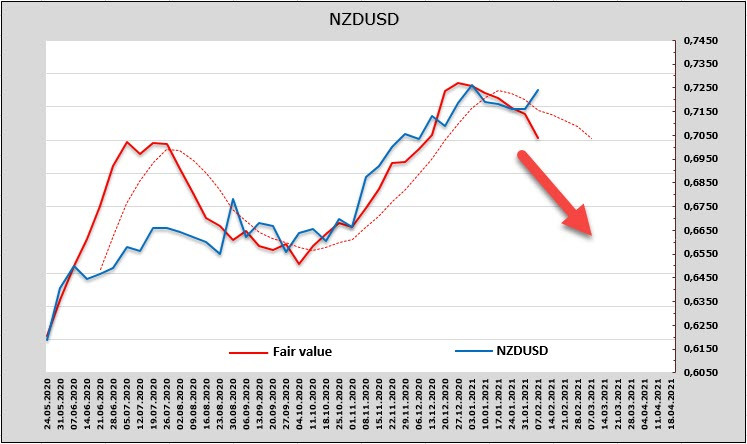 The Kiwi gained momentum amid a surge in risk appetite, which also caused the growth of oil and the fall in gold prices. However, we assume that the reversal has already taken place. So, it is unlikely to reach a high of 0.7310. If it starts growing, it is recommended to open short positions from more favorable levels with the target levels of 0.7000 and 0.6870/75.

As follows from the CFTC report, the dynamics of the Australian dollar is negative. Judging by its trajectory, the Aussie is likely to resume the downward movement. 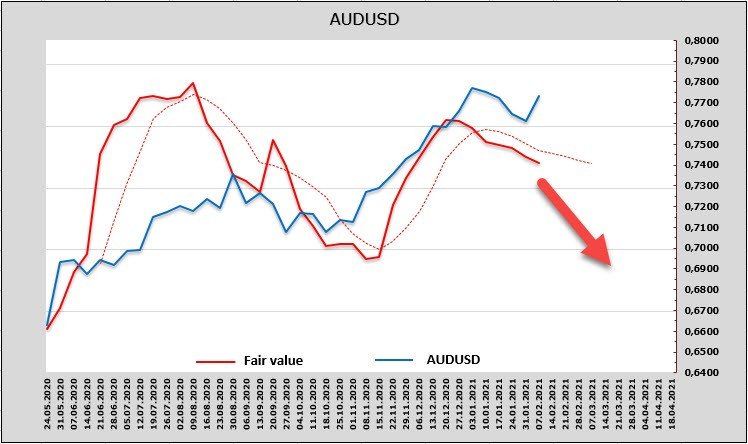 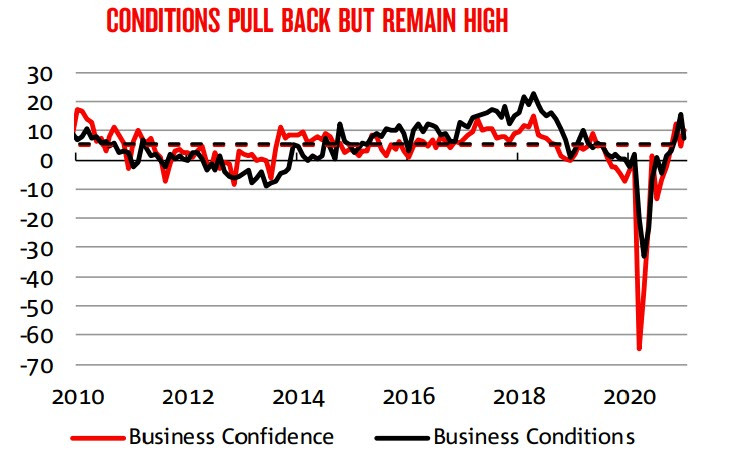 Monday’s high of 0.7738 is near the upper border of the descending channel. The Aussie is likely to resume its downward movement from this level. The nearest target will be the levels of 0.7530/40.