On the back of yesterday’s pronounced increase in risk appetites given by the large-scale growth of cryptocurrencies – the value of this market for the day increased by 143 billion dollars, which led by bitcoin with a trading volume of 120 billion dollars, and the total capitalization of this market yesterday was 1.316 trillion dollars. Dollars, increased to 1.363 trillion, which strongly affected the market of real national currencies and stock markets: the Australian dollar rose by 26 points, the S & P500 added 0.74%. 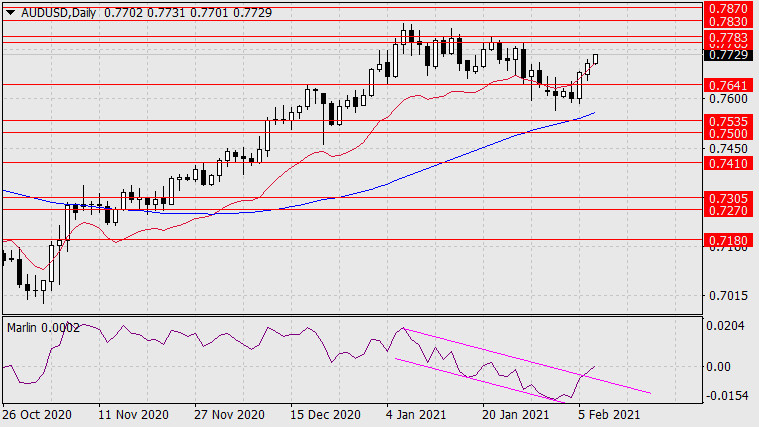 As we can see on the daily chart, the signal line of the Marlin oscillator has left the descending channel up and is currently preparing to enter the zone of positive values. The price itself went to the target range of 0.7765 / 83 (defined by the peaks of January 21 and 13), after which it can go to storm the January high of January 6, the target of which is slightly higher – 0.7830. 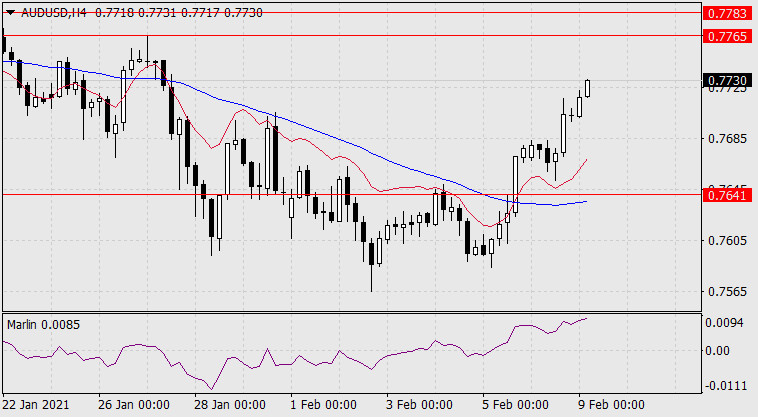 Based on a four-hour scale, the situation is completely growing: the price rises above the indicator lines, the Marlin oscillator rises without signs of a reversal. So, the nearest target of the Australian dollar is 0.7765/83.