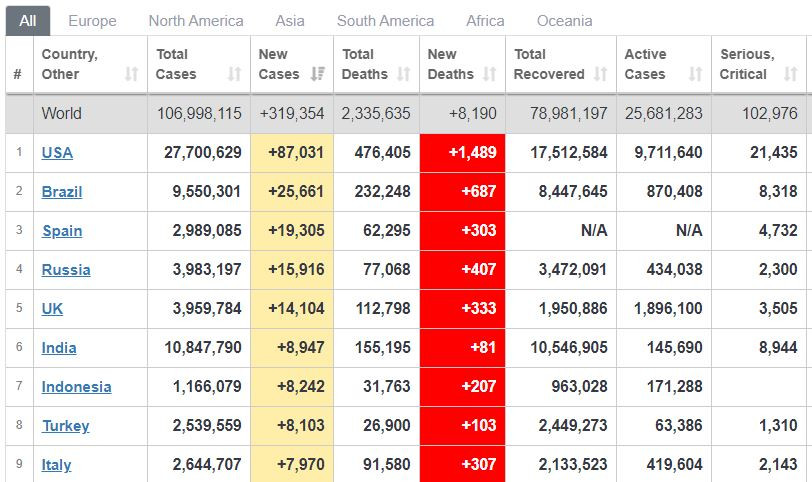 COVID-19 is clearly retreating. Global incidence has already dropped significantly, which is a very good news. In fact, the largest decline is in the United States, as it recorded new cases below 100,000 for several days. In total, COVID-19 incidence has fallen to below 350,000, which is two times lower than the recorded peaks.

Did the vaccines cause this decline? Unfortunately, no. No more than 5% of the population has been vaccinated, and this is in developed countries. In fact, third world countries (except China) have not received any drug yet. 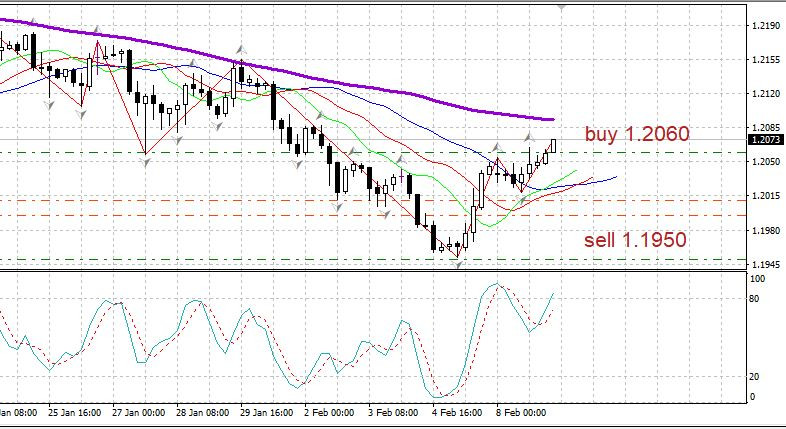 EUR/USD – euro is trying to grow amid optimism in the markets.

Euro must overcome the extremely important average (highlighted in blue in the chart above), which is 1.2090.