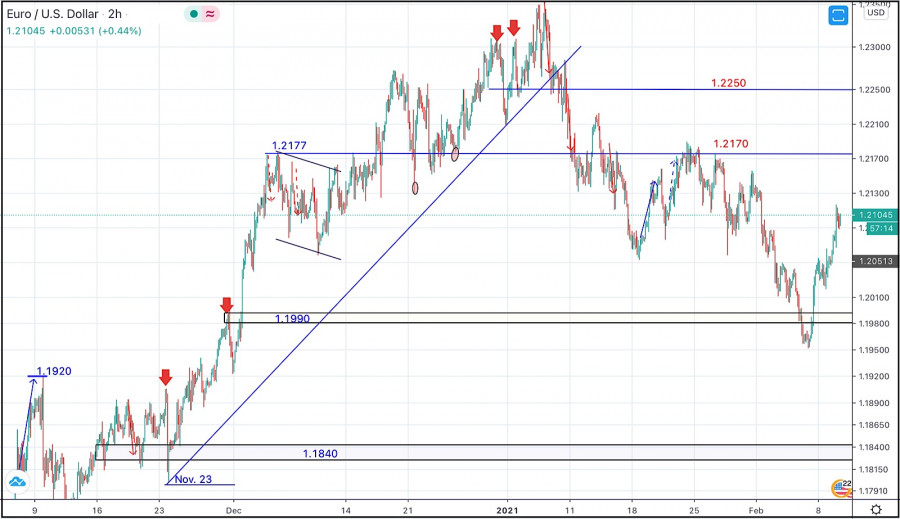 This indicates lack of sufficient downside pressure for the pair. Hence, the current upside movement may extend towards 1.2130 before considering to SELL the EURUSD pair again.

Conservative traders should be waiting for the current upside movement to pursue towards the depicted Fibonacci Levels around 1.2130-1.2150 for a valid SELL Entry.