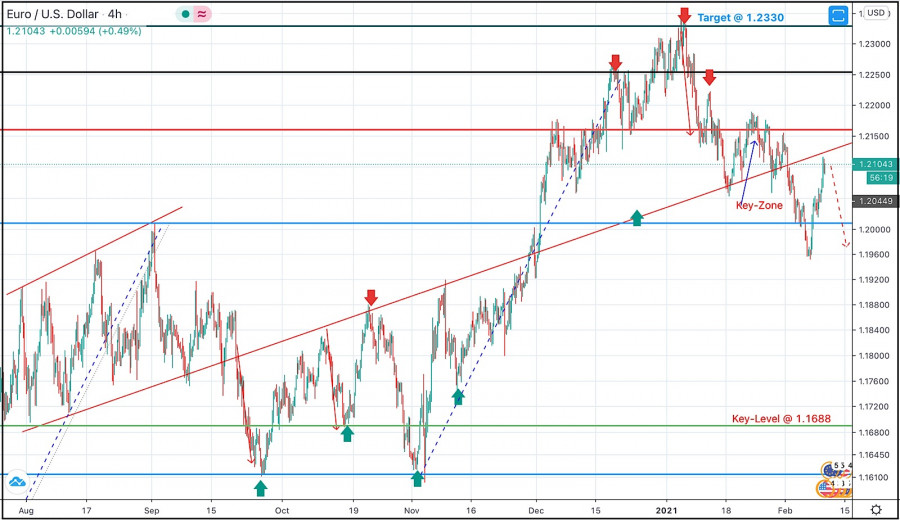 This price zone provided temporary bullish SUPPORT for the EURUSD. However, lack of sufficient bullish momentum was recently demonstrated.

That’s why, the current bullish spike may pursue 1.2130-1.2150 (backside of the broken trend line) where bearish rejection and a valid SELL Entry should be anticipated.