Super Mario is back and the market continues to show a vote of confidence in him as BTPs push higher with yields falling to a record low in the European morning today.

The ECB also has a helping hand in all of this but the market is certainly liking the idea of Italian politics having a familiar figure at the helm.

The transfrmation of Italian bonds over the past year is quite notable, especially since Lagarde & co. had previously claimed that they were “not here to close the spreads”. That said, there is still some credit risk involved with the spread being ~95 bps. 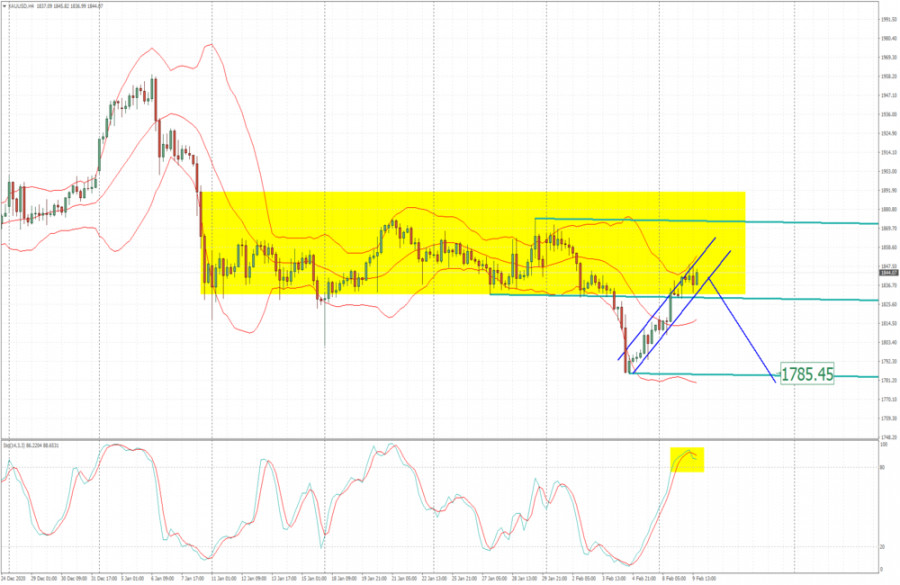 Analyzing the current trading chart of Gold, I found that the buyers got exhausted today and the downside roattion would be probably to correct strong upside movement from recent few days.

Gold is working in the well defined tight upside channel with the Stochastic in overbought zone, which is good sign for potential downside rotation.

Watch for selling opportunities with the downside target at $1,785

Technical analysis of GBP/USD for March 3, 2021