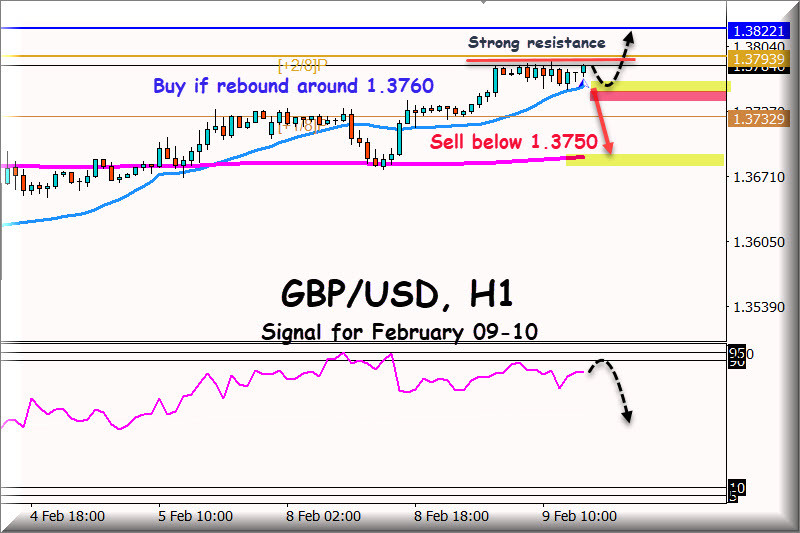 The GBP / USD pair after another day of bullish force has found a zone of strong resistance at 1.3788, its current maximum, at this level there is a strong barrier, so it is likely that there will be a correction to the SMA of 21.

Therefore, we must monitor in 1-hour charts if the pair is below the SMA of 21 will have a chance to sell with targets at the 200 EMA around 1.3660.

The eagle indicator in 1-hour charts is showing an overbought signal and it is imminent that in the next few hours there will be a downward correction of GBP / USD.