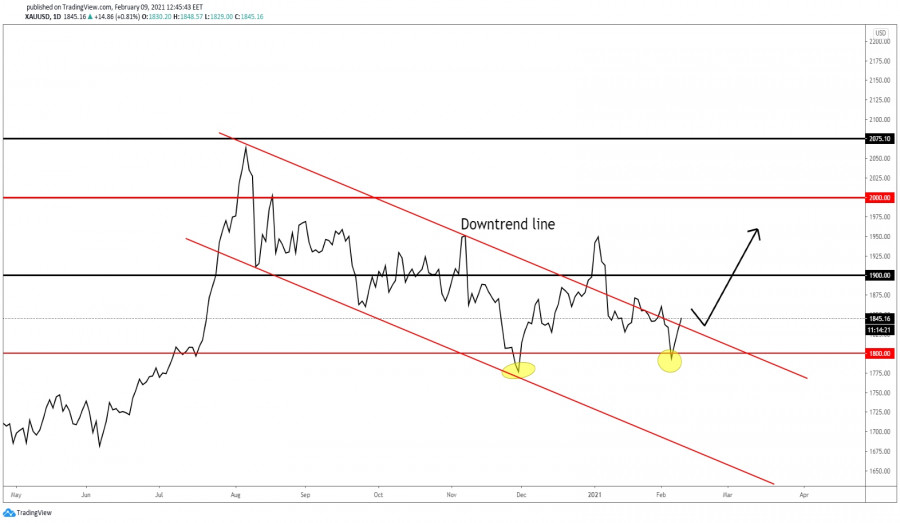 Gold is trading back above the downtrend line. Stabilizing above it could really indicate a further upside movement, growth. The price has decreased to retest the 1,800 psychological level after its previous breakout from the down channel’s body.

You can see that price of gold (XAU/USD) has failed to stabilize under the $1,800 in the last attempts signaling that it could start increasing again. Also, from the technical viewpoint, gold’s failure to approach and reach the channel’s downside line indicates that the sellers are exhausted and that the buyers could take the lead and push the price higher.

Retesting the broken downtrend line and stabilizing above it brings a buying opportunity with an immediate upside target at 1,900. Getting out from the down channel’s body could attract more buyers which could send the rate towards 2,000 in the upcoming weeks.