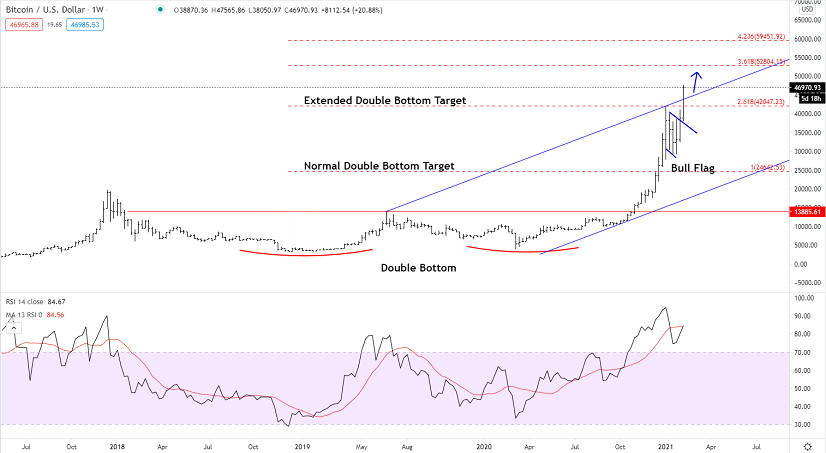 Since our last post on February 2, we have seen a clear break out from the Bull Flag indication more upside towards the next extension target at 52,804 and likely even closer to the extension target at 59,452 before the next more serious correction set in. Bitcoin was helped by the fact, that Tesla announced that it would buy Bitcoin for USD 1,5 bn.