The euro-dollar pair tested the resistance level of 1.2060 today, gradually gaining momentum against the background of a widespread decline in the US currency. Although on Friday, on the eve of the Nonfarm release, the pair updated the two-month low, dropping to 1.1960. However, the disastrous data on the growth of the US labor market, as well as the general optimism associated with the adoption of the budget resolution in the Senate, prevented the dollar bulls from continuing the rally. The safe greenback has ceased to enjoy the former demand, while weak macroeconomic reports have only increased the pressure on the currency.

The US dollar index stayed above 91.00 for almost the entire day on Monday – but this level of support was broken at the beginning of the US session. This allowed EUR/USD buyers to get close to the first price barrier of 1.2060 (the Tenkan-sen line on D1). This resistance level is intermediate, while for the development of the growth trend, the bulls need to break through the middle line of the Bollinger Bands indicator, which corresponds to the 1.2100 level. In this case, the pair will return to the price range of 1.2100-1.2170, where the last mark corresponds to the upper limit of the Kumo cloud on the daily chart. In this price range, the price was traded from January 20 to the first days of February – until the dollar began to enjoy increased demand against the background of the weakening of the euro (rumors of an ECB rate cut and the political crisis in Italy). 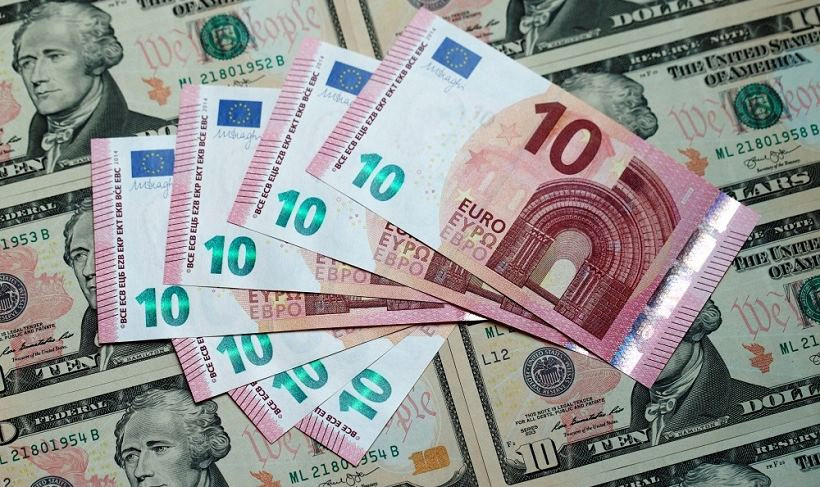 To date, the situation has changed. Weak January nonfarm and simply disastrous December results (which were revised downwards) completely negated rumors that the US central bank may begin to curtail stimulus programs at the end of this year. Moreover, many Federal Reserve members who have spoken over the past few days have actually confirmed these assumptions. And many of them are optimistic about the future – in their opinion, the US economy will recover at a stronger pace than the previous forecasts of the Fed.

But even the most prominent representatives of the hawks admit that the Fed is likely to start raising interest rates no earlier than mid-2022 (this forecast was voiced by Raphael Bostic and Charles Evans). While most of their colleagues adhere to a more pessimistic scenario – in their opinion, this will happen a year and a half later. Similar expectations are reflected in the December dot chart of forecasts. Fed Chairman Jerome Powell will deliver a speech on Wednesday, and he will comment on the current situation in the light of recent Nonfarm (the topic of his speech will focus on the state of the US labor market). Given his previous rhetoric following the January Fed meeting, we can assume that he may allow QE to expand. Such a scenario will put additional pressure on the greenback.

In addition, the dollar has ceased to be in demand as a protective asset. The political battles over the massive package of additional aid to the US economy, in fact, ended at the end of last week, when the Democrats were able to approve a budget resolution. This means that in the near future (approximately – until February 20), congressmen will adopt a resonant bill – after all, this now requires the support of only a simple majority (and not a “super majority”). This fact has returned investors’ interest in risk, in particular in stocks. During periods of increased turbulence in the US stock market, the dollar was in high demand, while now the opposite situation is happening: against the background of the growth of key stock indexes, the greenback it isn’t. Today’s dynamics of the US dollar index (especially at the start of the US session) is an eloquent confirmation of this.

At the same time, it is worth noting that the gradual growth of the EUR/USD pair is primarily due to the dollar’s weakness. The euro is still under background pressure from the dovish remarks of the ECB representatives and the political crisis in Italy.

As you know, the former head of the European Central Bank, Mario Draghi, is now trying to form a new coalition government, which he will later lead. Rumors around this process are contradictory, although most experts are inclined to believe that it will be able to complete a difficult task, preventing the holding of early parliamentary elections. Although the intrigue in this matter remains. According to Italian media reports, it will become clear in the near future (approximately until Wednesday) whether Draghi will confirm his reputation as a successful negotiator or whether the political crisis will continue in the form of early elections. The euro is focused on this fundamental factor against the backdrop of a half-empty economic calendar. For example, traders ignored the Sentix index of investor sentiment for the eurozone published today. The indicator fell back into the negative area, falling to -0.2 points from 1.3 points in January. At the same time, preliminary forecasts indicated a possible increase to the value of 1.9.

However, the euro paired with the dollar continues to move in the wake of the US currency. Therefore, in the coming days, the dynamics of EUR/USD will depend on the dollar’s behavior – especially in light of the release of data on the growth of US inflation and Powell’s speech (February 10). 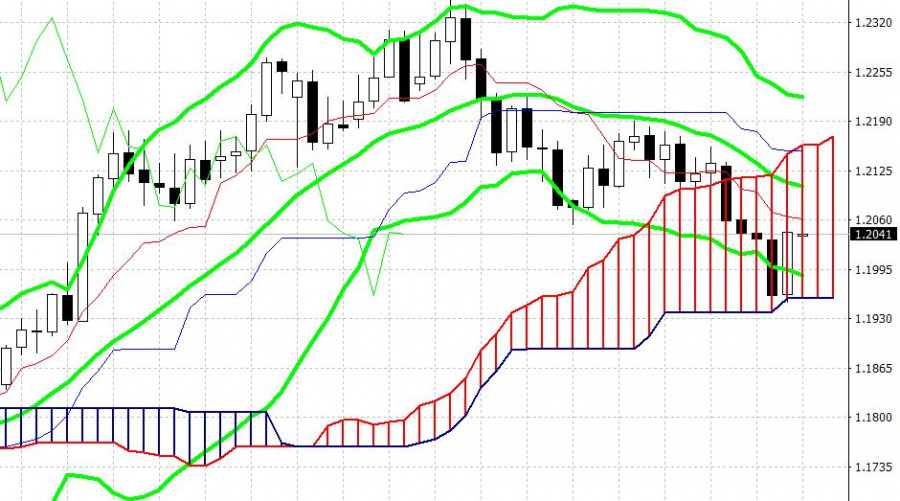 Technically, buyers need to settle above the Tenkan-sen line at D1 (1.2060) in order to claim the stronger resistance at 1.2100. That is, you can consider long positions (for a short distance – up to 1.2100) only when the quote surpasses the target. When the middle line of the Bollinger Bands is crossed, the EUR/USD bulls will open the way to the resistance level of 1.2170 (upper border of the Kumo cloud) and to the main growth target in the medium term – 1.2210 (upper line of the Bollinger Bands on the same timeframe). In other words, the path to growth consists of peculiar steps, the interval between which is 40-60 points. The support level is located at around 1.2000.