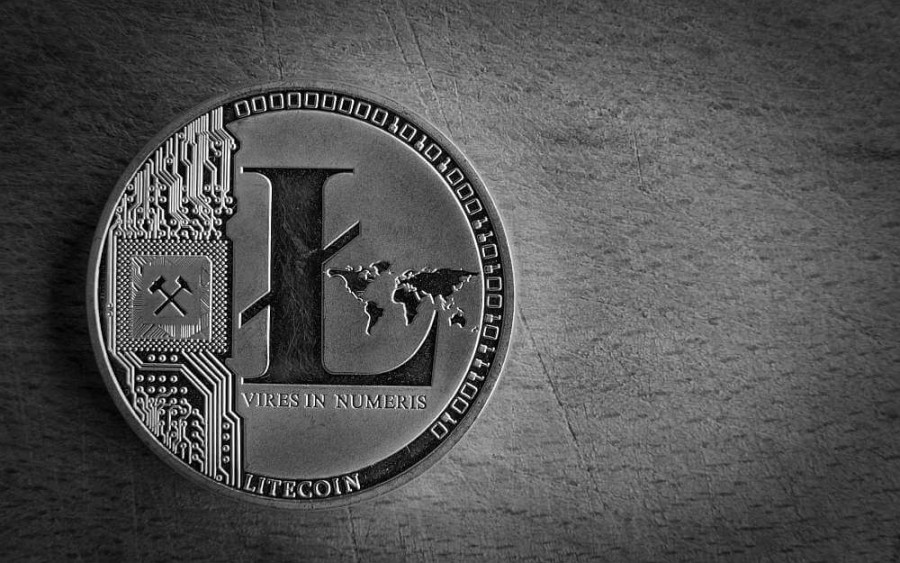 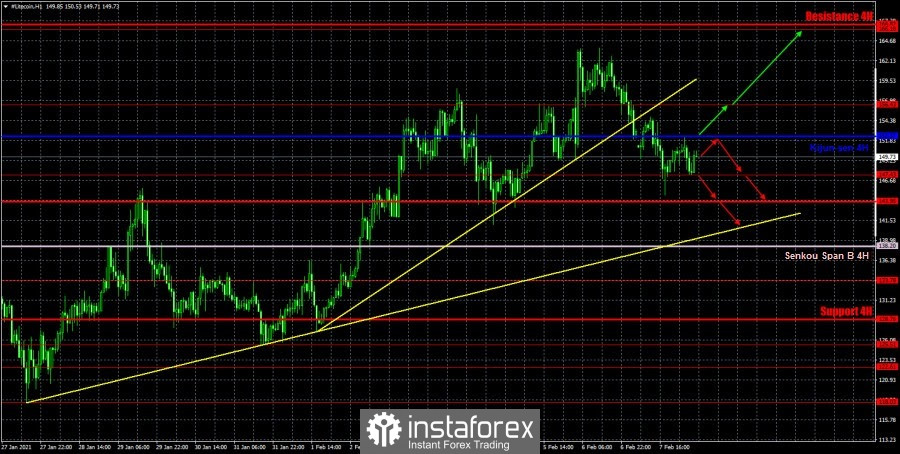 In the hourly time frame, the price of Litecoin cryptocurrency continued to decline on February 8, which was already assumed earlier. However, it was not a very strong one. Litecoin quotes encountered an impassable barrier on their way in the form of the level of 147.43 and rebounded from it twice. Thus, the growth of this cryptocurrency is even more likely. In the last article, we recommended selling Litecoin with targets at 147.43 and 143.95, as the price broke the critical line. The first target was worked out, so traders could get about 290 points. Furthermore, we also recommended to trade up if the price rebounds from one of the levels 147.43 and 143.95. A rebound already occured in the level of 147.43, even twice. In the first case, the price rose to the Kijun-sen line, which allowed traders to earn about 300 more points. A new buy signal in the form of a rebound from the critical line could also be accomplished, but at the time of its formation, the price had already gone up about half the way to the Kijun-sen line. This is not the strongest signal. 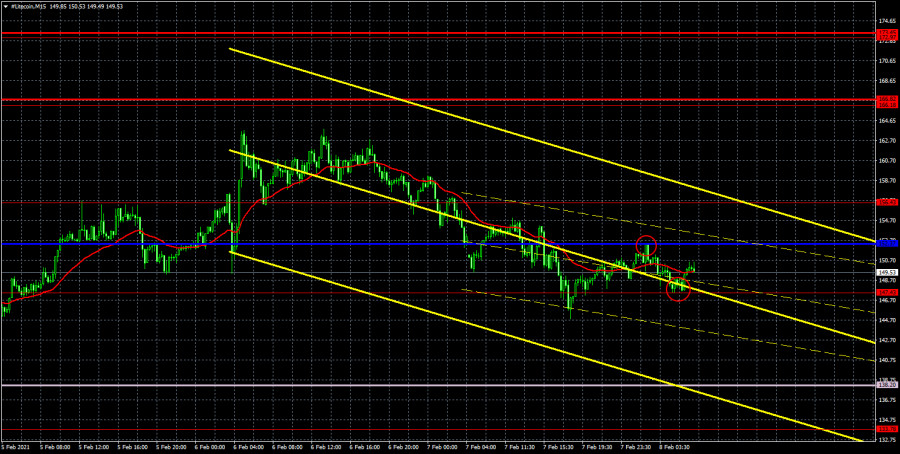 As for the 15-minute time frame, both linear regression channels are directed downward, signaling a short-term downward trend. However, the cryptocurrency failed to break through the level of 147.43 twice. Thus, we are now inclined to return quotes to the critical line. Most likely, the downward movement will only continue after overcoming the level of 147.43.

Litecoin is not the most popular cryptocurrency, but it is in high demand among traders and people who use cryptocurrencies as a means of payment. Unlike Bitcoin, this cryptocurrency hasn’t updated its all-time highs in recent months, which were reached back in December 2017. This means that this cryptocurrency is less popular. Its capitalization level is $ 9-10 billion and this is only 1% of the total cryptocurrency market capitalization. Nevertheless, Litecoin is a much quieter cryptocurrency that can be traded with relatively low risks. This coin is inexpensive compared to the same bitcoin, and transactions on it are carried out four times faster, which is also important, given the rate of change in rates. Its properties are very useful in terms of relatively safe trading. It can be recalled that just the other day, Tesla and SpaceX Founder Elon Musk made a statement via his Twitter regarding Bitcoin.

“I am a fan of bitcoin and I think that its financial world is close to recognition, but I have opinions about other crypto-currencies,” Musk said. This provoked a strong growth in bitcoin quotes. He also commented on the Dogecoin cryptocurrency, which grew by 50% just an hour after it.

Therefore, when trading any cryptocurrency, traders are advised to never forget about Stop Loss and note that this market is extremely volatile, and the factors that affect the exchange rate of a particular cryptocurrency are unpredictable. For example, it can be the tweets of some crypto billionaire or a major exchange. It is unlikely to predict what and when some major market participant will tell the rest of the market.

Based on the above, two trading recommendations on February 8 can be considered:

1) Buyers stopped taking the lead, but are trying to get it back. Thus, we recommend buying the cryptocurrency again, given that the price rebounds from the upward trend line with the targets at 147.43 and the Kijun-sen line (152.37). In such cases, Take Profit can amount to 975 points. It is also recommended to buy it with targets of 156.43 and 162.13, if the price consolidates above the Kijun-sen line.

2) Bears have taken the first step towards forming a downward trend, but have not yet been able to break through the level of 147.43. Therefore, we recommend trading lower with the support levels of 147.43 and 143.95, if the price rebounds from the Kijun-sen line. In this case, Take Profit can be up to 700 points. In turn, short positions can also be opened with the target of the trend line, if the bears manage to consolidate below the level of 147.43.