The euro’s rise by 83 points from last Friday overlapped the decline on Thursday, which in some cases is taken as a sign of a trend reversal, but there are exceptions to all the rules – prices are currently lower than Thursday’s opening, today the gap has been decreasing since the opening of trading.

US labor data on Friday came out ambiguous. In the non-agricultural sector, 49,000 new jobs were created, while the December figure was revised to worsen to -227,000 from -140,000. The unemployment rate fell from 6.7% to 6.3%, but to some extent due to a decrease in the share of the economically active population from 61.5% to 61.4%. In general, the markets did not make premature conclusions, the yields of government bonds and stock indices even rose, which shows the mood of investors to see more favorable news in other areas. The latest strong US figures for orders, revenues, construction still keep the hiring trend towards the fact that non-farms can exceed 200,000 in February. 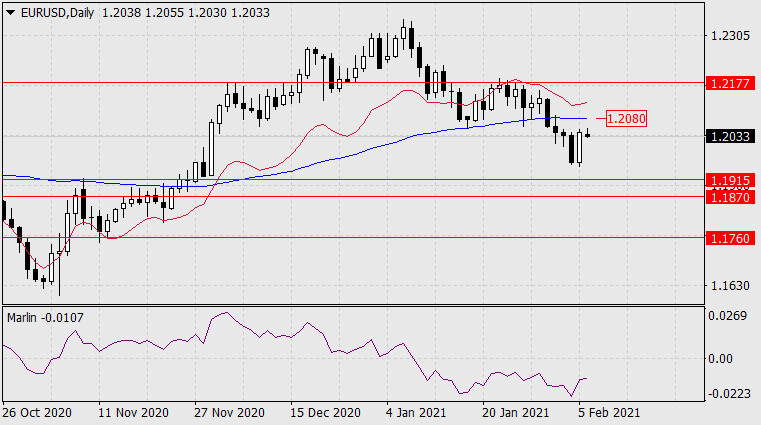 On the daily chart, the euro has a margin of up to 1.2080 to reach the resistance of the MACD line, but if on February 1-2, the market showed signs of drifting to the area under this line, now the price may not reach it by moving up. 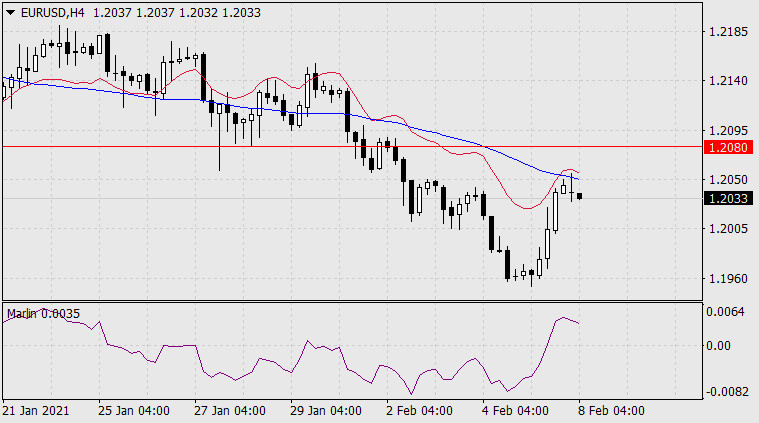 On the four-hour chart, the price reversed from the MACD line this morning. Rising to 1.2080 in this case will become a false exit of the price above the MACD line on a given time scale, which does not change the reversal mood of the market itself. The target of the decline is 1.1870-1.1915.