The British pound’s growth by 64 points from last Friday led the quotes to the highs of the third decade of January, respectively, from the levels reached, the price will either turn down, again to the target levels of 1.3648, 1.3550 and below, or find strength to capture the 1.3800 level. 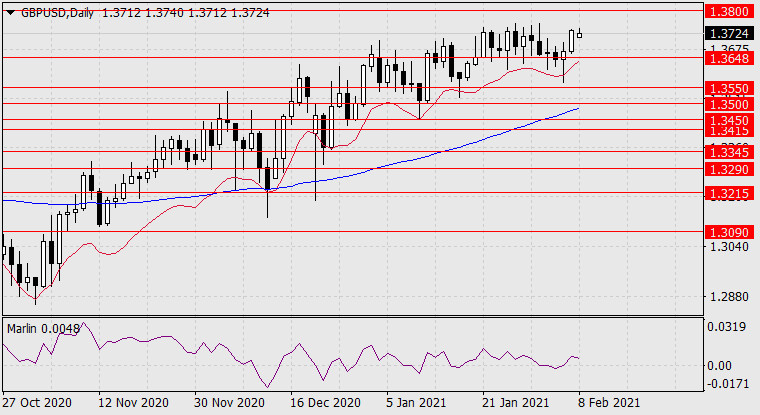 The Marlin oscillator does not show a strong intention to grow, today it is even declining in the Asian session, and on the daily chart. We are leaning towards the reversal scenario from the current levels, but we need to wait for confirmation – receiving a signal on a chart of a smaller scale. 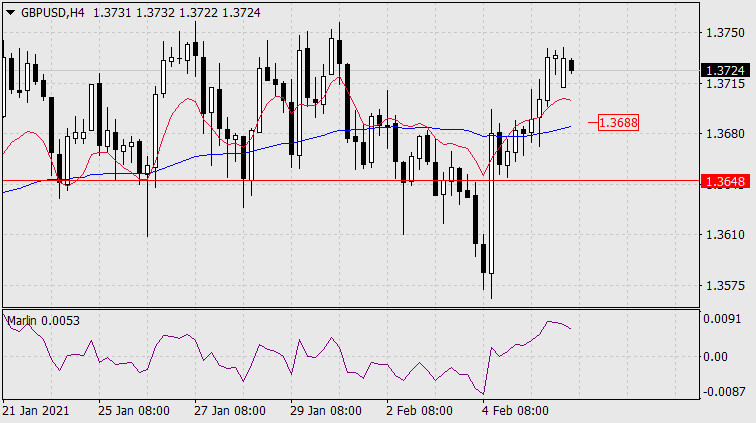 On the four-hour chart, such a signal could be the price moving below the MACD line, below 1.3688. Perhaps such a signal will take place tomorrow, since we will not receive macroeconomic news from Europe and the United States.