Last Friday, the Japanese yen strengthened but not significantly, with the release of a weak report on employment in the United States as the support of the trend line on the daily scale chart was able to hold the price. This morning, the dollar continues to rise, as does the Asian stock market: Nikkei225 2.06%, China A50 0.33%, S & P / ASX200 0.74%. If the price confirms the ability to grow during the day, then in a few days the target range of 106.50 / 65 will be taken. 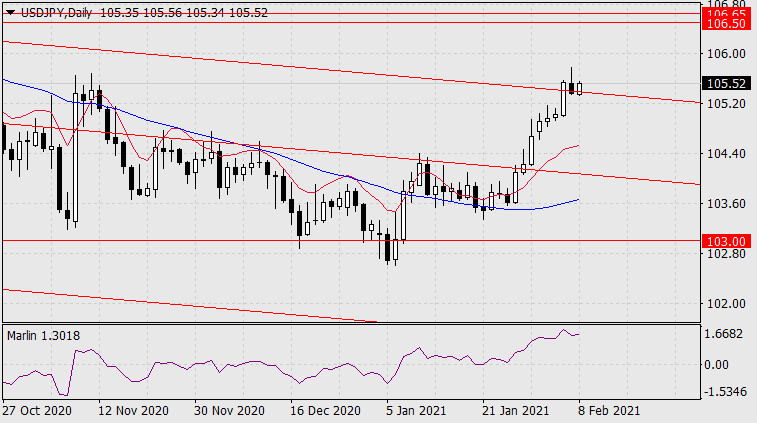 Based on a four-hour scale, there is still a risk of divergence but the Marlin oscillator signal line turns from the border with the territory of decline, which can reverse the emerging divergence and continue to increase the price and the oscillator. The correction potential is maintained from Friday to the range of 104.93 – 105.20. In general, we expect the pair to grow in the target range of 106.50 / 65. 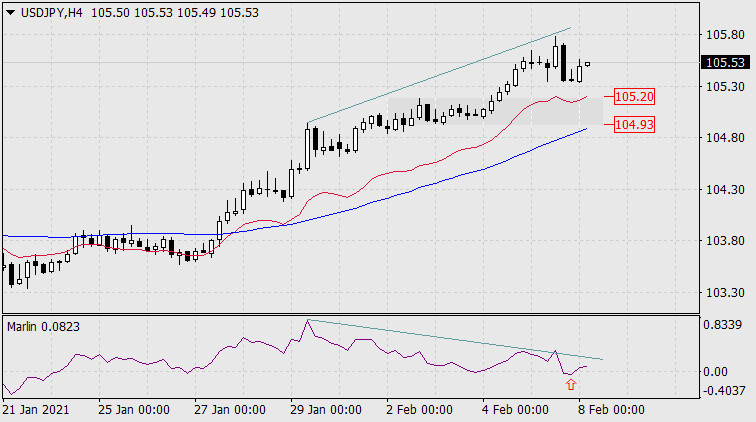 Euro is dominated by bearish sentiment. Pound prepares for a reversal