Gold price ended last week with signs of strength and at the beginning of this week the bullish momentum continues. However we believe that this is most probably just a counter trend bounce. Major resistance is found ahead at $1,850 as we have been saying for some time now. 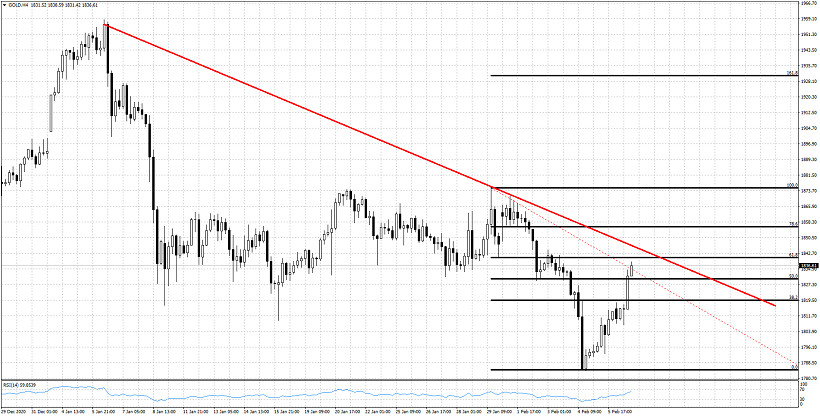 Gold price is bouncing strongly towards the red resistance trend line. $1,850 is the resistance by the trend line and $1,840 is the 61.8% Fibonacci retracement resistance level of the last leg down. Breaking above the 61.8% Fibonacci retracement level is key for the short-term trend. Such a break out will be supportive of the bullish momentum. Bulls will gain more chances for a move above the key pivot level of $1,850. We observe for several weeks now a great battle around $1,850 key level. A rejection at $1,850-40 area will lead to a move back towards $1,750.