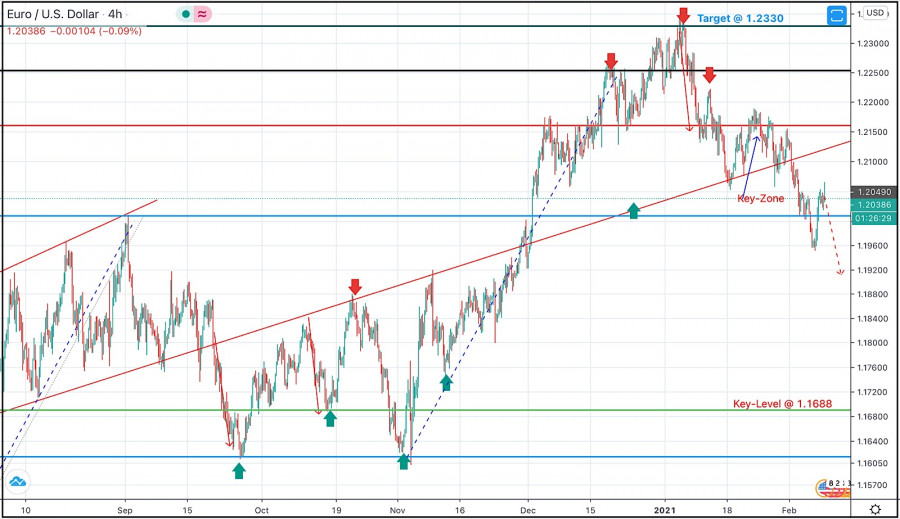 This price zone provided temporary bullish SUPPORT for the EURUSD. However, lack of sufficient bullish momentum was recently demonstrated.

Bearish persistence below the price level of 1.2000 would enhance the continuation of the current bearish Head and Shoulders Pattern towards lower targets around 1.1950 and probably 1.1860. Otherwise, further bullish continuation towards 1.2100 should be considered.