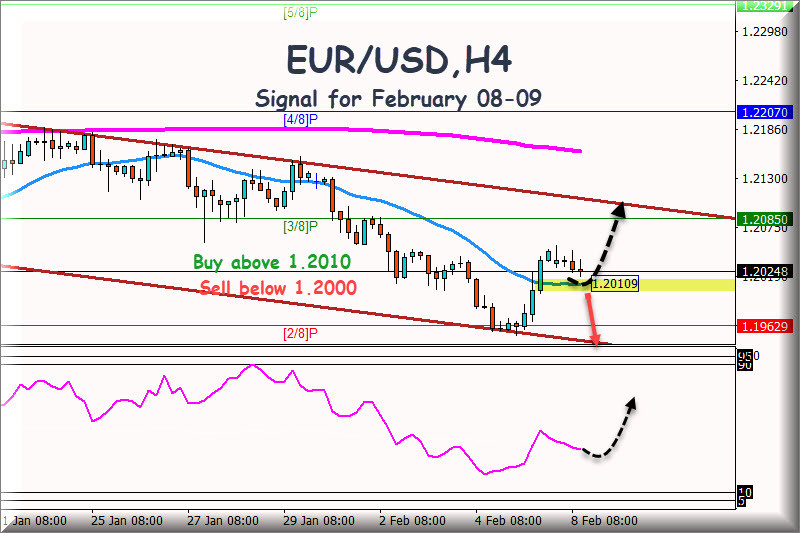 The EUR / USD at the opening of the American session is trading above the SMA of 21, (1.2010) only if it consolidates above this level we expect it to remain with an uptrend until the EMA of 200 days.

We can also observe the formation of a technical pattern called a pennant if the pair breaks the zone of the maximum of last week, above 1.2040 we could expect a new upward momentum to the zone of 1.2085 and 1.2207 level of the 4/8 of Murray in the short term.

Conversely, a break below the 1.2000 psychological level could be a good selling opportunity with targets at 1.1962 (Murray 2/8).

Our recommendation for today is to continue buying at current price levels with targets in the 1.2207 zone, in the medium term. The eagle indicator is showing a bullish signal.