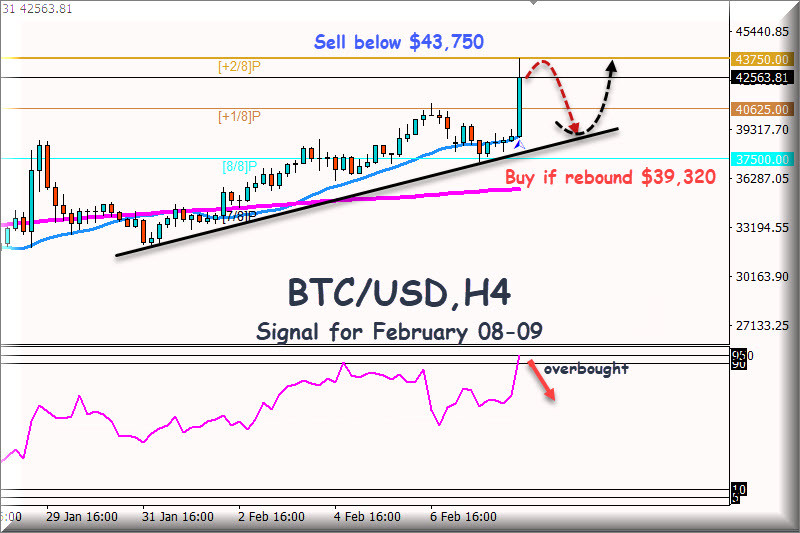 The Bitcoin registers strong rises after the news that Tesla has invested 1,500 million dollars in this cryptocurrency, and also plans to accept this digital currency as a means of payment, according to Bloomberg. Prices for the digital asset rose to a record high above $ 44,000 after the news.

The eagle indicator is very overbought, a technical correction is imminent in the next few hours to the 21 SMA around $39,317.

If the BTC / USD bounces in the zone of the uptrend channel, it will be a good point to buy as the sentiment of this cryptocurrency continues to remain bullish, and its medium-term goal is $ 51,500.