The current situation index fell from -26.5 in January to -27.5 while the expectations index declined from an all-time high of 33.5 in January to 31.5 in the latest reading.

“The lockdowns in may European countries are leaving their mark. As a result, the EU economy is losing touch with the other regions of the world, which are continuing their recovery course in the month of February.”

Adding that broader sentiment was held back by the slow vaccine rollout across the EU and that the US is looking at a much stronger recovery path than Europe. 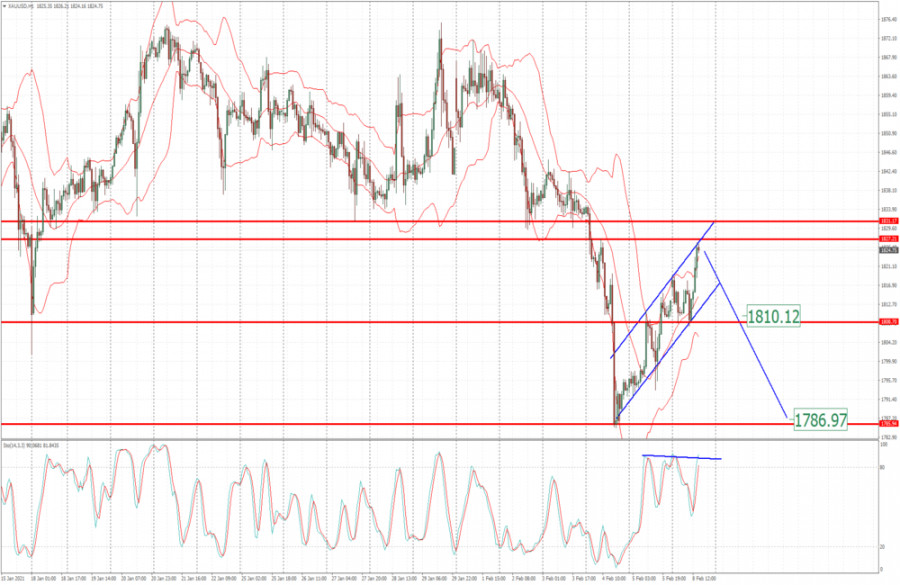 Analyzing the current trading chart of Gold, I found that there is the upside movement and correction in creation but that you should watch for eventual downside opportuntiies.

My advice is to watch for selling opportunities on the rallies with the first downside targets at $1,810 and $1,786.

Stochastic is in overbought zone and got bear divergence, which is another indication that there is potential for the downside movement.