USD/CHF rebounded after Friday’s drop signaling that the retreat could be over and that the bulls are still in charge. The greenback depreciated around the NFP release. The high impact US economic indicator reported only 49K jobs created versus 85K expected.

The pair slipped lower as the USDX plunged to retest the 91.00 psychological level. A new upwards momentum registered by the US Dollar Index should bring a bullish momentum on USD/CHF as well.

CHF could lose ground due to the steady Switzerland Unemployment Rate of 3.5% even if the specialists have expected a drop to 3.4%. 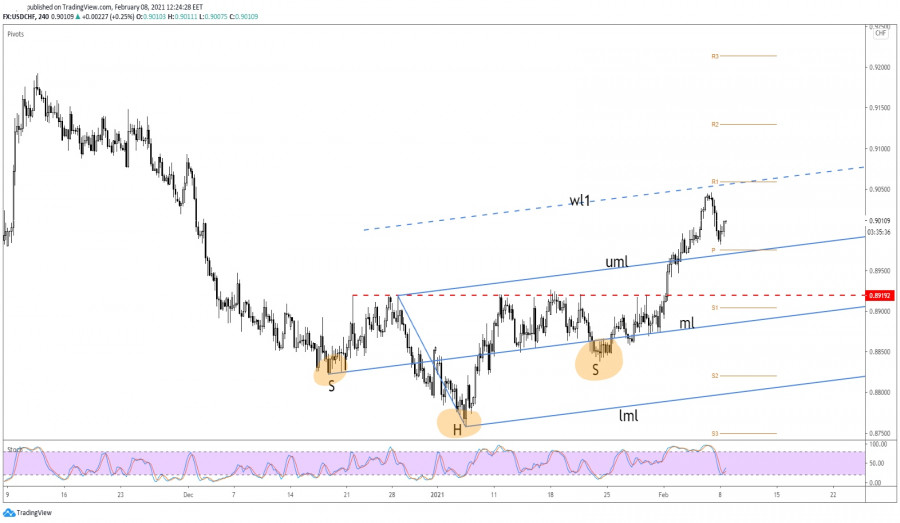 The most recent drop could be understandable after the last upside momentum. The price has dropped as much as 0.8982 level failing to reach and retest the Pivot Point and the upper median line (UML) which represent strong support levels.

It’s traded at 0.9004 and is struggling to come back higher and to resume its uptrend. Technically, USD/CHF is expected to increase further after validating the Inverse Head & Shoulders pattern.

In the short term, the pair could develop a temporary consolidation above the PP and the upper median line (uml).

Going long again will be favored by a false breakdown with great separation below the Pivot Point (0.8975) and through the upper median line (uml). Also, a major bullish engulfing or any other reversal pattern printed on the mentioned immediate support levels should bring a buying opportunity.

A larger upwards movement will be confirmed by a new higher high, jump, and close above 0.9045 level, after USD/CHF will register a valid breakout through the first warning line (wl1) and above the R1 (0.9058).